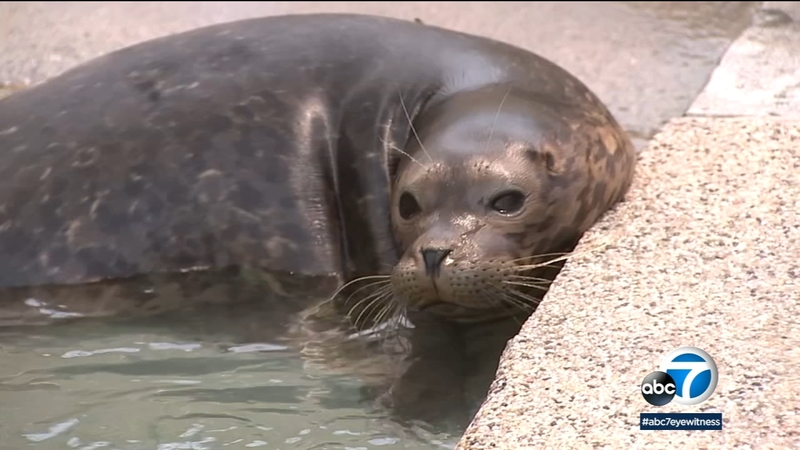 The Marine Mammal Care Center in San Pedro says it has treated four wounded sea lions in recent weeks. Normally it sees that many in an entire year.

Officials emphasized that they are not seeing an increase in sharks attacking humans.

One such young sea lion being treated at the center has significant wounds, with bite mark patterns showing it was close to being devoured before it somehow escaped. It will be rehabbed and then released back into the ocean in a few weeks.

"He had been probably almost entirely in the shark's mouth," said Dr. Lauren Palmer, a veterinarian with the center.

Sharks do normally feed on sea lions as part of the expected marine food chain. But what's unusual at the Marine Mammal Center in San Pedro is an uptick in the number of wounded sea lions they have rescued or have heard reported.

Shark expert Chris Lowe with the Shark Lab at Cal State Long Beach says the time of year may be a factor.

"This is the time of year when adult female white sharks are coming back to Southern California waters to give birth to their young, and as you can imagine after a big long ocean journey with a bunch of babies they are probably pretty hungry," Lowe said.

Another potential factor, Lowe says, is juvenile sharks learning how to hunt and letting their injured prey escape.

"They may not be very good at it and this is how these wounded seals end up on the beach," Lowe said.

For beachgoers, it's a reminder to always be vigilant when in the water.