A man was arrested after allegedly brandishing a semi-automatic rifle at another driver in Sherman Oaks.
KABC 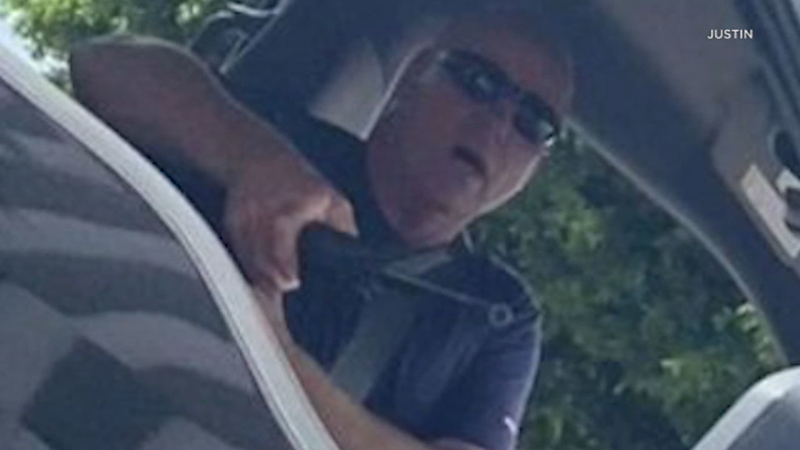 Man appears to brandish gun at driver in Sherman Oaks

SHERMAN OAKS, LOS ANGELES (KABC) -- A disturbing scene captured on cellphone video shows a man at the wheel of a pickup truck aiming what appears to be a semi-automatic rifle at another driver in Sherman Oaks.

"The moment he pulled the gun, it's just like in reaction, was to get out of line sight of the weapon," said the victim, identified as Justin.

Justin is former military and served with the Air Force.

What Justin did next during the incident underscores his sense that no one would ever believe him unless he had evidence.

At one point in the video, Justin's companion in the vehicle is heard warning him, "He's gonna shoot you bro. You gotta be careful."

They race to get the tag numbers on the pickup. They were in such a hurry, that they bumped another car. The other motorist ends up helping and tries to call 911.

But they did not anticipate a protest three miles away. Officers were all tied up.

"They couldn't come," said Jillian Reeves, the motorist who tried to help. "Clearly the city was very busy that day."

Police stations were locked up because of COVID-19.

After seeing posts on social media, Eyewitness News reached out to the Los Angeles Police Department.

Justin was able to send images he had to a detective.

The suspect, 55-year-old Stephen Giblin, is now under arrest on a weapons charge.

LAPD is working on a web system so anyone with pictures of a suspected crime can email the video in immediately.

Justin says it's lucky that the gunman's actions did not escalate to threaten crowds of protesters.