Gov. Gavin Newsom nominated Assemblywoman Shirley Weber, D-San Diego, to serve as the next California secretary of state, a move that would make her the first Black woman to ever hold the position.
City News Service 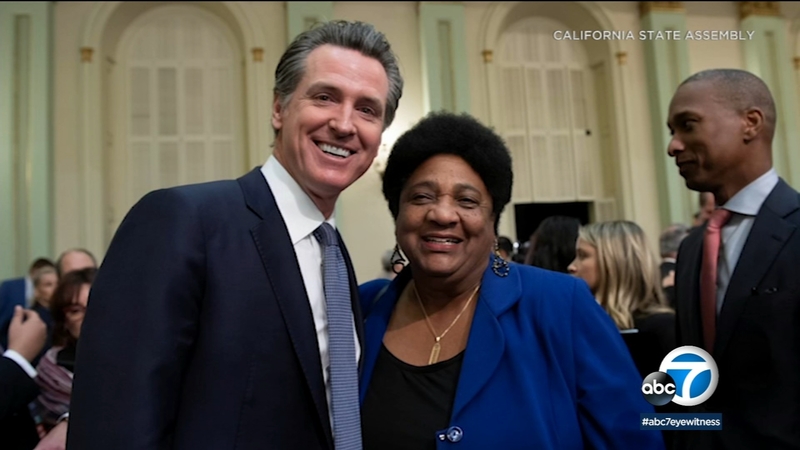 SD assemblywoman nominated to serve as next CA secretary of state

Gov. Gavin Newsom today nominated Assemblywoman Shirley Weber, D-San Diego, to serve as the next California secretary of state, a move that would make her the first Black woman to ever hold the position.

Weber would replace Alex Padilla, who was appointed by Newsom earlier Tuesday to fill the U.S. Senate seat being vacated by Vice President-elect Kamala Harris. Weber's nomination is subject to confirmation by the state Legislature.

"Dr. Weber is a tireless advocate and change agent with unimpeachable integrity,'' Newsom said. "The daughter of sharecroppers from Arkansas, Dr. Weber's father didn't get to vote until his 30s and her grandfather never got to vote because he died before the Voting Rights Act passed in 1965. When her family moved to South Central Los Angeles, she saw as a child her parents rearrange furniture in their living room to serve as a local polling site for multiple elections.

"Now, she'll be at the helm of California's elections as the next secretary of state -- defending and expanding the right to vote and serving as the first African-American to be California's chief elections officer,'' the governor said.

Weber, 72, has been in the Assembly since 2012 and chairs the California Legislative Black Caucus. She previously served on the San Diego Board of Education and was a longtime professor at San Diego State University.

"I am excited to be nominated for this historic appointment as the secretary of state of California,'' Weber said. I thank Governor Newsom for the confidence he's placed in me and his belief that I will stand strong for California. Being the first African-American woman in this position will be a
monumental responsibility, but I know that I am up for the challenge. Expanding voting rights has been one of the causes of my career and will continue to motivate me as I assume my new constitutional duties.''
Report a correction or typo
Related topics:
politicssan diegocaliforniagavin newsomvotingrace and culture
Copyright © 2021 by City News Service, Inc. All Rights Reserved.
TOP STORIES
WeHo suspect out on bond 1 day after alleged kidnapping
Imprisoned 'Dating Game Killer' Rodney Alcala, 77, dies in California
Comedian Jackie Mason dies at 93
SoCal man, 34, who mocked vaccines dies of COVID-19
'Stuntman' documentary highlights a legend in the business
Pasadena City College named top community college for veterans
Pearl Harbor remains identified as Navy sailor from CA
Show More
Overdose deaths from meth up in LA County during pandemic
Memorial bike ride honors 1st LAPD officer to die from COVID-19
Mother arrested after 2 young kids left in hot Bakersfield car
Shyamalan's 'Old' presents new ways to think about aging
Vaccines are 'personal decision,' Hillsong Church founder says
More TOP STORIES News