Shots fired at car on 10 Freeway in Mid-City 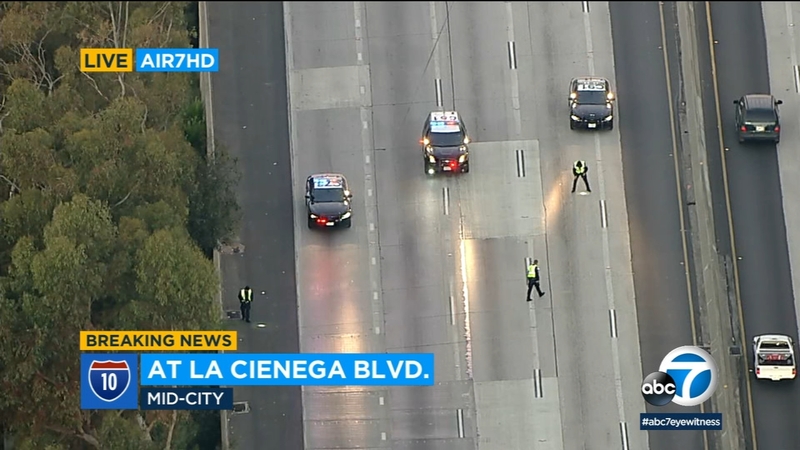 Shots fired at car on 10 Freeway in Mid-City

LOS ANGELES (KABC) -- Shots were fired Wednesday morning at a car on the 10 Freeway in Mid-City Los Angeles, prompting a closure of all eastbound lanes during the investigation.

The incident was reported about 4:20 a.m. on the freeway near Crenshaw Boulevard, according to the Los Angeles Police Department and the California Highway Patrol.

The motorist exited the freeway and drove to the area of 17th Street and Gramercy Place in downtown L.A., where the driver is believed to have crashed into a light pole.

Video from the scene showed the frontend of the sedan smashed in. The driver's condition and information on the suspect was not immediately released.

AIR7 HD was over the 10 Freeway around 6:30 a.m. as police cruisers blocked the eastbound lanes while officers combed the area for evidence. All lanes reopened just after 7 a.m.