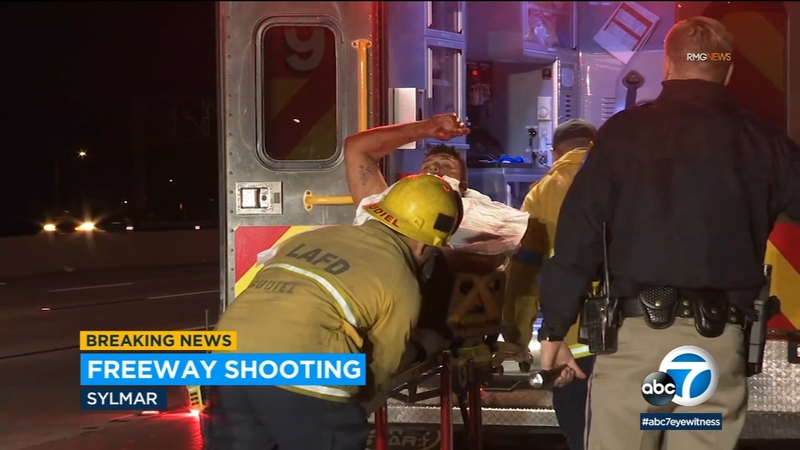 SYLMAR, LOS ANGELES (KABC) -- A driver was shot and wounded on the 5 Freeway in Sylmar Wednesday evening, prompting authorities to shut down northbound lanes.

Authorities say the shooting happened before 10 p.m. on the northbound side of the 5 near the Roxford Street exit.

The driver was apparently shot in the face, but was alert and talked to paramedics before he was transported in an ambulance to a hospital. Paramedics helped the man exit his car and get on a gurney.

Officers with the California Highway Patrol and Los Angeles Police Department arrived to the scene to investigate the surrounding area and search for evidence.

News footage from AIR7 HD showed traffic at a standstill. CHP said lanes were expected to reopen in about two hours.

Further details about the shooting, including a description of the suspect vehicle and gunman, were not immediately available.