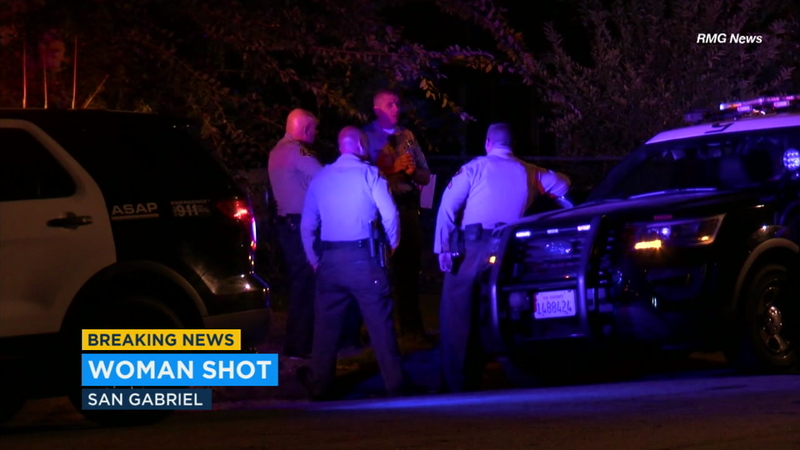 SAN GABRIEL, Calif. (KABC) -- A person was taken into custody after a woman was shot and wounded early Monday morning at a home in San Gabriel, authorities said.

Los Angeles County sheriff's deputies responded about 2:13 a.m. to a report that a man had shot his wife in the 5500 block of Walnut Grove Avenue, possibly after mistaking her for a burglar.

A spokesperson for the sheriff's Temple station declined to confirm whether the detained person was the victim's husband.

The spokesperson said the victim was transported to a hospital in stable condition after being shot in the arm or shoulder. She is expected to survive.