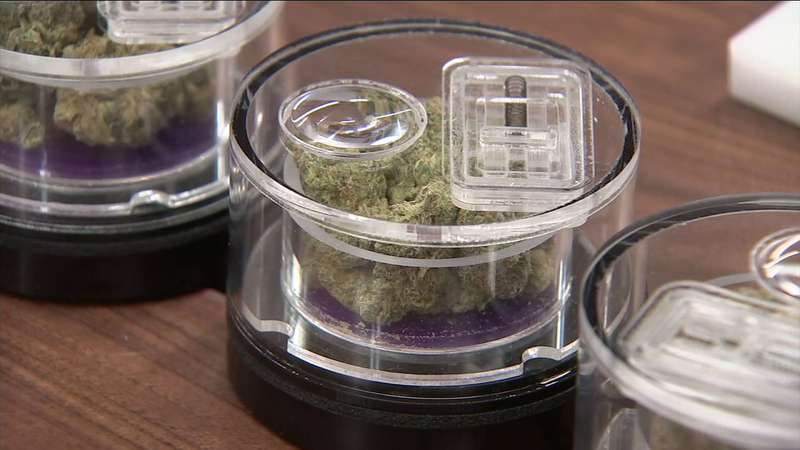 WEST HOLLYWOOD, Calif. (KABC) -- There was a mad house at Med Men in West Hollywood on Black Friday as the pot shop took sales to a new high.

Med Men joined the super sales on the shopping holiday, offering 40 percent off from 8 a.m. until 10 a.m. The big discount had customers lining up out the door and down the street.

"I would have ended up spending over $100 today, and I only spent $55 with the discount that they gave. It was a really good deal. Black Friday is always the best day for everything, but who knew that it would be the best for cannabis as well, right?" customer Elliot Evans said.

The big sale had registers ringing and suppliers were thrilled to see the turnout.

"The line outside and the line for the register really says it all. I think they're going to move several thousands of dollars worth of product today, so it's exciting," said Scott Von Helt with Rise Logistics.

Those who missed out on the 40 percent discount didn't need to worry. Med Men continued its sales with 25 percent off until closing time.

The new twist on Black Friday had pot users delirious with the deals.

"I would much rather shop here than go to the department store, or the mall, or that kind of thing. If I'm going to fight a crowd, I want to do it here to buy something that's of great value that helps make my daughter feel better than to buy something at the mall. This is where I'd rather spend the money on a big Black Friday sale," Wilson said.
Report a correction or typo
Related topics:
shoppingwest hollywoodlos angeles countymarijuanaholiday shoppingthanksgivingdrugsblack fridaysales
Copyright © 2021 KABC-TV. All Rights Reserved.
TOP STORIES
Hemet police officer punches suspect in confrontation seen on video
California now only state at 'moderate' COVID transmission level
Chase of stolen-vehicle suspect ends in Buena Park
SoCal parents, teachers rally against student vaccine mandate
Ridley-Thomas will 'step back' from LA City Council
Some IATSE members blast contract deal, vow to vote no
Gabby Petito's parents speak out about Brian Laundrie
Show More
'DWTS' recap: 'Grease' Night ends with shocking elimination
LAPD releases video of North Hills crash that killed 18-month-old
Supply chain problems now leading to empty shelves at grocery stores
Arson suspected in Pasadena fires
Rising sea levels could submerge Santa Monica Pier
More TOP STORIES News