A massive explosion on Thursday rocked a neighborhood in Signal Hill and sent a mother and her son to the hospital.
KABC
By Leanne Suter 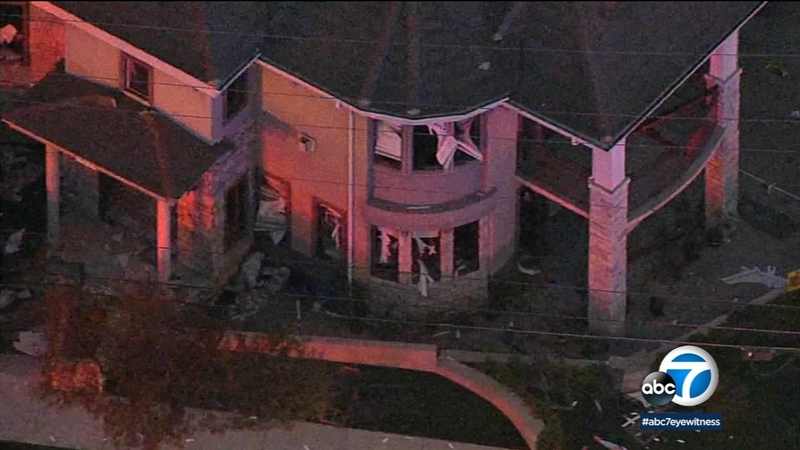 SIGNAL HILL, Calif. (KABC) -- A massive explosion on Thursday rocked a neighborhood in Signal Hill and sent a mother and her son to the hospital.

The blast just before 4:30 p.m. at a home at Ohio Avenue and 21 Street rocked the neighborhood. Garage doors were sent flying and windows were shattered. The damage was extensive.

"The whole building shook. I'm sure the whole street shook. As soon as it happened I hit the ground to protect myself to see if anything else was going to happen," neighborhood resident Victor Lozada said.

The large blast prompted a massive response from firefighters. Crews cleaned up the shattered glass and debris left by the explosion.

"There was a small fire in the living room area on the first floor, quickly extinguished that, but they described it as something that looked as if it would have been an earthquake," L.A. County Fire Capt. Ron Haralson said.

Two residents inside, a mother and her son, were both taken to the hospital. Neither were seriously injured.

Investigators say the family reported smelling gas just before the explosion. According to neighbors, they had an ongoing issue with a gas leak at the home.

The gas company is now investigating while the family counts their blessings.