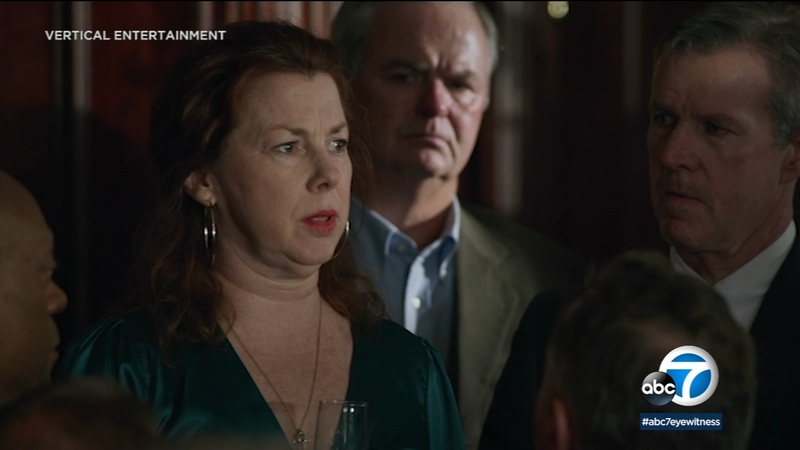 HOLLYWOOD -- Siobhan Fallon Hogan is a familiar face on TV and in movies. She's been acting professionally for more than 30 years, getting her big break on "Saturday Night Live." Now she's the star, writer and one of the producers of the revenge drama, "Rushed."

In "Rushed," Hogan plays a mother who is unaware of what's happening at the fraternity her son is about to join.

To get her movie made, Hogan called in the family forces to help out--even those who didn't want speaking roles.

"My sister, Mary's, in it. My niece is a nurse- in it. My other niece is the maid. The guy she married is the butler. My daughter, Sinead, is the floozy who goes out with Jake Weary, fabulous Jake Weary from 'Animal Kingdom.' My son, Peter's a bad boy. Wonder why? Frat boy. My husband is the bartender. Oh--my nieces and nephews. It's crazy!" said Hogan.

Her friend, Robert Patrick, said he'd play her husband, and his daughter's in it, too! Hogan used her own home in New Jersey for some fraternity house scenes. Friends offered free rooms in their homes for the crew. Hogan did whatever it took.

"My driveway had three four-ton trucks in it. And port-a-potties. My husband, what do you call it, herniated two discs in his back from lifting the poop!" said Hogan.

While Hogan is a laugh a minute in real life, her character in "Rushed" goes off the rails when something tragic happens to her son at that fraternity. So she goes on a mission to make a difference, meeting other women who've been in the same position.

"My sister said, 'Siobhan, my God, this is a lot. It's like having a baby," said Hogan. "I go, 'Mary, this is like having quintuplets!"

"Rushed" is in theatres, on digital and on demand now.