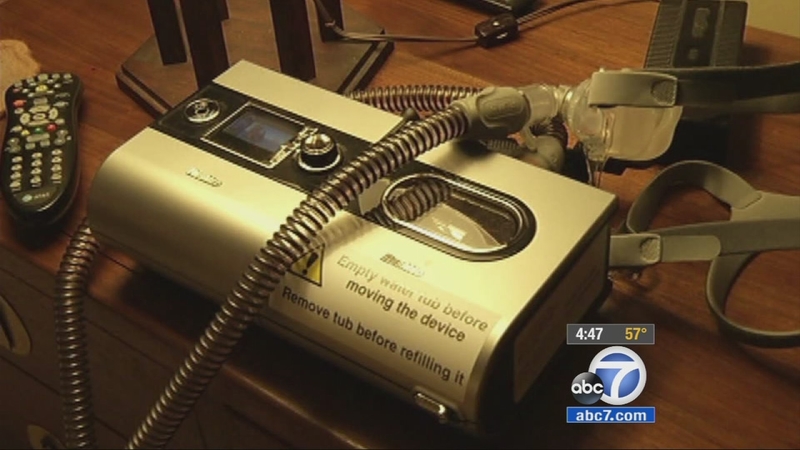 LOS ANGELES (KABC) -- More than 42 million Americans have sleep apnea, a condition where breathing is interrupted during sleep. The condition affects more women than men, but because women have subtle symptoms such as a headache, they are less likely to be diagnosed.

Jenny Potts, an accountant, said she felt tired all the time.

She would fight to stay awake, but had no clue anything could be wrong.

"Driving back and forth I would get tired to the point where I would have to pull over on the side of the road and almost take a cat nap," she said.

After enrolling in a sleep study, she was finally diagnosed with severe sleep apnea.

Dr. Kelly Brown, assistant professor of neurology and sleep medicine at the Vanderbilt University Medical Center, said up to 15 percent of women have undiagnosed sleep apnea.

The treatments for sleep apnea range from losing weight to a continuous positive airway pressure therapy machine, which increases air pressure in the airway so it does not collapse when a person breathes in.

The C-PAP therapy worked for Jenny. She said she feels refreshed and can focus more on her accounting work.

One interesting way Brown is finding people who may have sleep apnea has to do with the popularity of the activity trackers such as Fitbit and UP by Jawbone, both of which monitor sleep patterns.