Katie Gonzales' business, Slime Gets Lit, is a part of LATINAFest's ENTREPRENEURFest gathering businesses to collaborate and support one another. ABC7 is a media sponsor of the event.
KABC 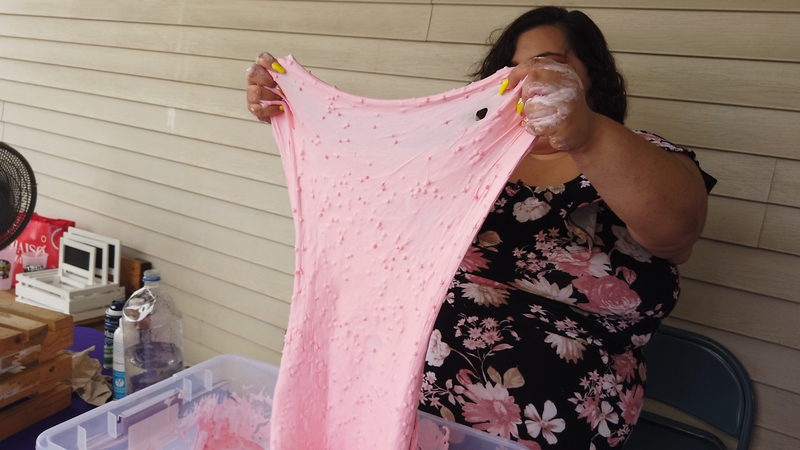 BELLFLOWER, LOS ANGELES (KABC) -- Katie Gonzales, 18, is the founder of Slime Gets Lit, a business that sells slime online and hosts events. Slime first started as a form of therapy for Gonzales.

"I had depression because the school I went to before, there were just so many students and there were just bullies," said Gonzales, "So then I would watch slime videos, and say, 'Oh my gosh, it looks so satisfying. I want to play with it.' So my mom actually got a bunch of supplies so I could learn how to do it."

Eventually, she had so much slime in her room that her mother gave her the idea to sell it. She started at pop-up events and then started hosting slime classes and parties.

"For the classes, they felt like it was a time for family bonding, because it wasn't just for the kids. It was also for the parents too, if they wanted to join," said Gonzales.

Slime Gets Lit had to pause events for a while because of the coronavirus pandemic.

"I had stuff planned from March to June, and when the pandemic came. April was when everything was kind of canceled. It made me a little sad," said Gonzales.

She is now focusing on selling her slime online, and now that Vendorama in Downey is open again she started selling there as well.