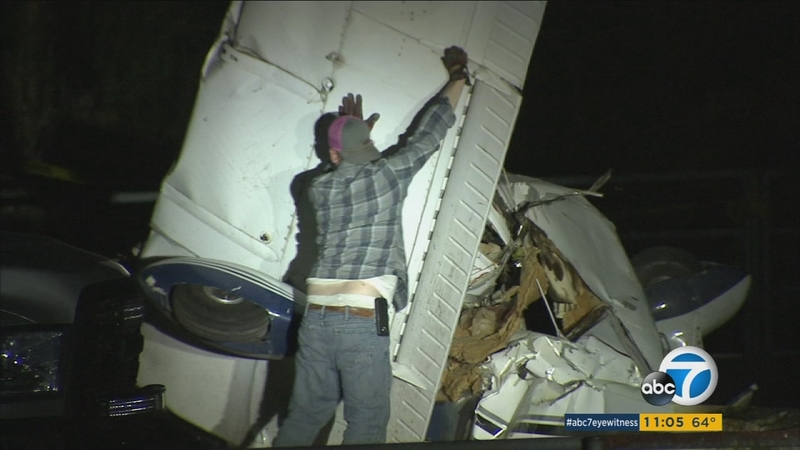 The plane, described as a single-engine Piper PA-28, crashed around 3:30 p.m. on private property near the 2700 block of Marvella Court, in an area of Ventura County near Thousand Oaks.

The occupants of the plane were a 57-year-old man from Calabasas and his 15-year-old son.

Witnesses reported seeing the plane fly low over the area before the crash. The aircraft clipped at least one power line, but no outages were reported. Southern California Edison workers were on the scene.

"Their flight originated from Camarillo," said Sgt. Eric Buschow with the Ventura County Sheriff's Department. "All we know is just prior to impact the plane was flying very low. It landed in this horse arena behind us."