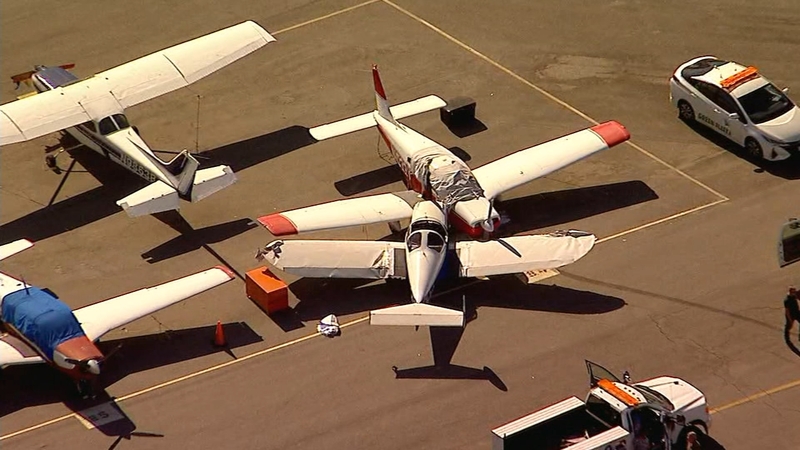 TORRANCE, Calif. (KABC) -- The pilot of a single-engine plane made an emergency landing at Torrance Municipal Airport on Tuesday, striking two parked aircraft on the tarmac, officials said.

The pilot of the Ercoupe 415-C was performing touch-and-go maneuvers at the time of the incident, said Ian Gregor, a spokesman for the Federal Aviation Administration's Pacific Division.

The plane collided with a Piper PA28 and a Cessna 206, both of which were unoccupied, Gregor said.

The conditions of the two individuals onboard the Ercoupe were not immediately known.

The cause of the crash is under investigation.
Report a correction or typo
Related topics:
torrancelos angeles countyplane crashairplane
Copyright © 2021 KABC-TV. All Rights Reserved.
More Videos
From CNN Newsource affiliates
TOP STORIES