'SNL' takes on Trump's national emergency and the 'brown line' 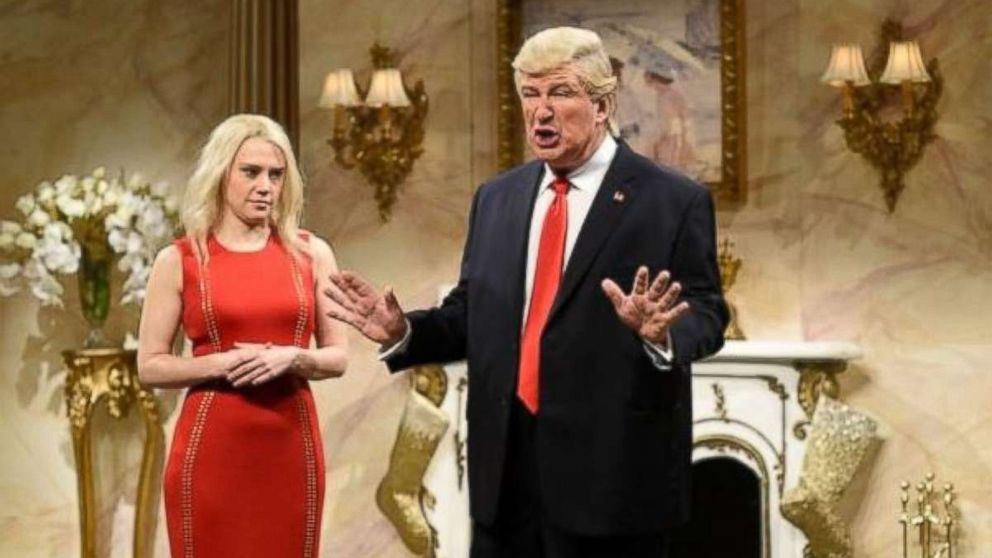 Alec Baldwin was back on "Saturday Night Live" this week to declare a national emergency -- and talk about how "shredded" he is.

Baldwin was on "SNL" for the second time in 2019 with his usual Donald Trump impersonation in a parody of the president's declaration of a national emergency over immigration.

"We need a wall, OK? From the southern border, or 'brown line' as people have told me not to call it," Baldwin's Trump said in a mock press conference. "We can all see why I had to fake this emergency."

Returning to the wall, faux Trump said he knows he'll be sued, but eventually it'll be appealed to the Supreme Court.

Badlwin also introduced his new attorney general, William Barr, saying, "He's gonna do a great job, but he's working for me -- so I give him three months tops."

By the end of the press conference, facing questions from a fake Jim Acosta, the CNN White House reporter, Trump had enough.

"Had I known what I know now I would've told [Vladimir] Putin, just give the job to Hillary Clinton," he said.