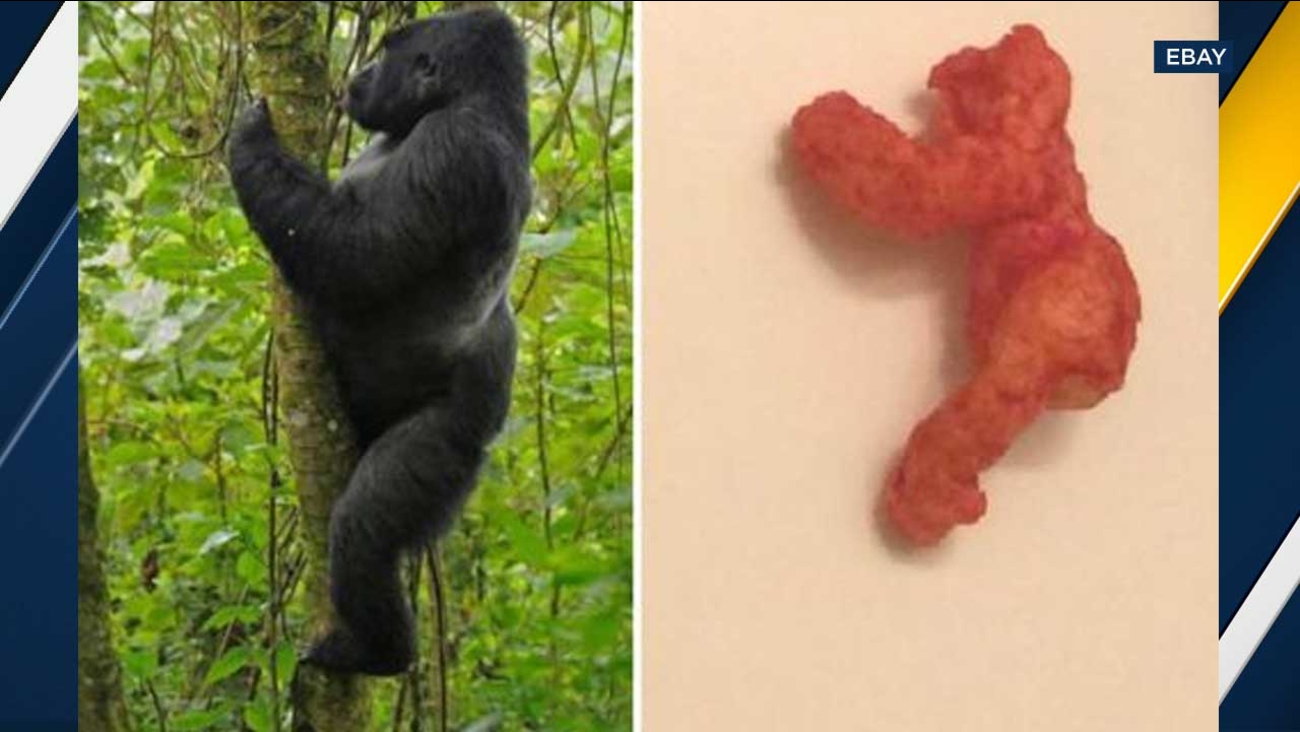 A Cheeto that bears a resemblance to slain gorilla Harambe was auctioned off for nearly $100,000 on eBay. (eBay)

Someone bid nearly $100,000 on eBay after a Burbank man posted a Cheeto that bears a striking resemblance to slain gorilla Harambe.

The seller, who asked Eyewitness News not to reveal his identity, lives in Burbank and works in Beverly Hills as a filmmaker.

The man said he found the Harambe-shaped cheese snack in a bag of Flamin' Hot Cheetos while at work.

He noticed the Cheeto and his co-worker said, "Hey! That looks like Harambe!"

The seller told Eyewitness News that if the winning bidder were to back out, eBay would go with the second highest bidder.

Harambe, a 17-year-old silverback, was shot and killed by employees at the Cincinnati Zoo after a young boy fell into a gorilla enclosure in May of 2016.

Video captured the toddler screaming as he came face-to-face with the gorilla.

ABC News has obtained new video of that may be disturbing to watch for some viewers.

Harambe was caught on camera dragging the child through the enclosure before zookeepers shot the 450-pound gorilla.

Witnesses said the gorilla appeared to be protecting the child, while animal experts said Harambe was acting "erratically" and pointed out he was "six times stronger than a man."

Following his death, Harambe became a social media phenomenon as a meme. Support for Harambe was so strong that the zoo deleted its Twitter account.

Despite the backlash, zoo officials said they "would make the same decision" over again to shoot Harambe.