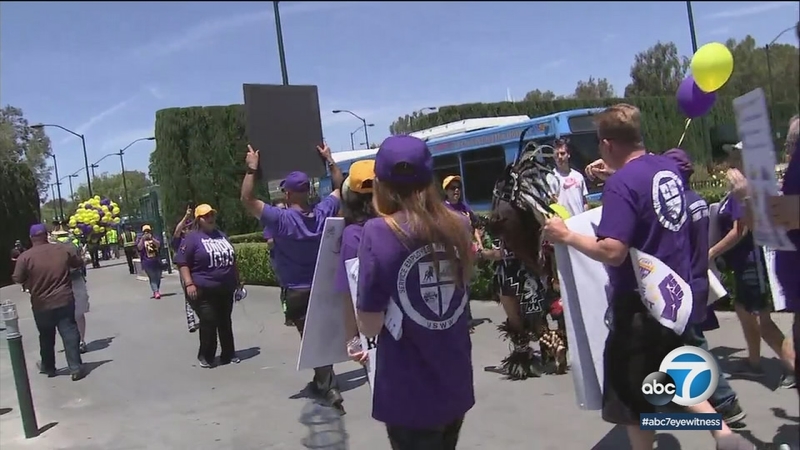 ANAHEIM, Calif. (KABC) -- After weeks of demanding higher wages, Disneyland workers have reached a tentative agreement with the resort.

The agreement between Disneyland Resort and the Master Services Council is expected to be ratified later this week, according to a joint statement from the two parties.

"We have had a successful history of working together since Disneyland Park opened in 1955, and this contract continues that shared commitment to Cast Members," the statement said.

Disneyland workers had been putting pressure on their parent company for weeks, even delivering a petition with more than 120,000 signatures to Disney headquarters in Burbank last month.

At the time, a Disneyland spokesperson issued a statement calling the petition delivery a "blatant stunt" and "nothing more than political grandstanding."