KABC
LANCASTER, Calif. (KABC) -- Los Angeles County Sheriff's Department Sgt. Steve Owen, who was fatally shot in the line of duty last year, was honored for his life of service in a highway dedication on Thursday.

Owen was killed during a burglary response on Oct. 5, 2016. Thursday marks the one-year anniversary of his death.

To memorialize Owen's life and service, crews along Highway 14 will install a sign marking the "Steve Owen Memorial Highway." A replica of the sign, which will be placed at the sheriff's Lancaster station, was unveiled at an emotional dedication ceremony.

The event began at 11 a.m. at Steve Owen Memorial Park, where the fallen deputy's family and colleagues gathered to once again pay their respects.

"When the LASD says we never forget, we mean it," Sheriff Jim McDonnell said. "The outpouring by the Antelope Valley community has remained steady and strong."

McDonnell noted that the highway dedication was the fourth honor that has been bestowed in Owen's name.

"Steve Owen's legacy truly lives on through his children," the sheriff added.

The sergeant's wife, herself an LASD detective, declared at the outset of her remarks: "I am not his widow, I am his wife. I never got a divorce."

Tania Owen remembered her husband as "someone that we love and still admire to this day." 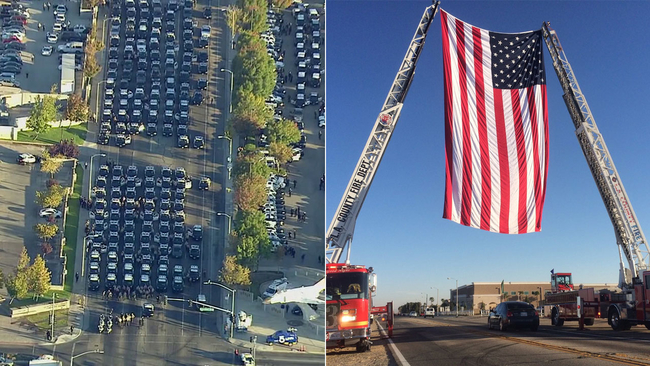 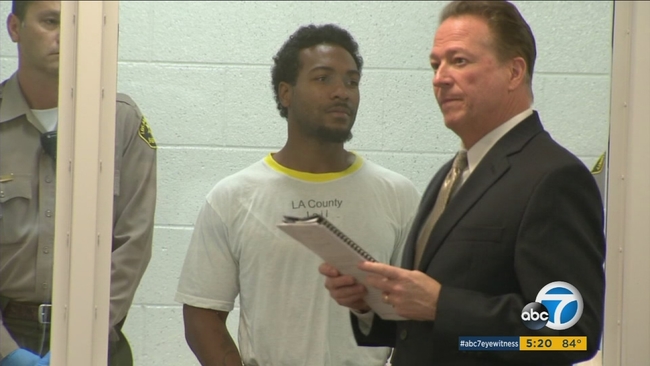 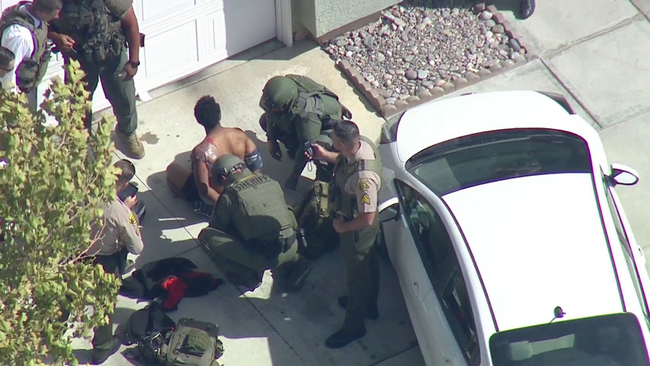 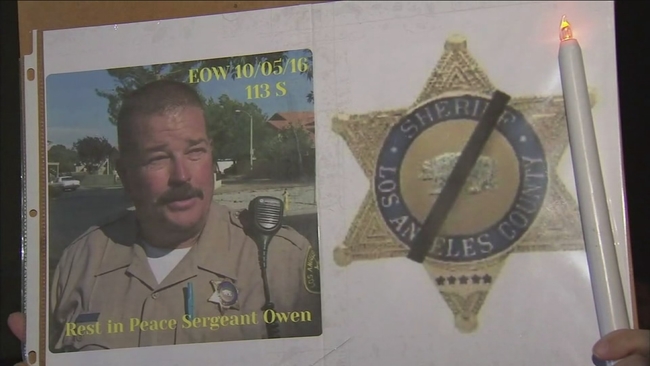