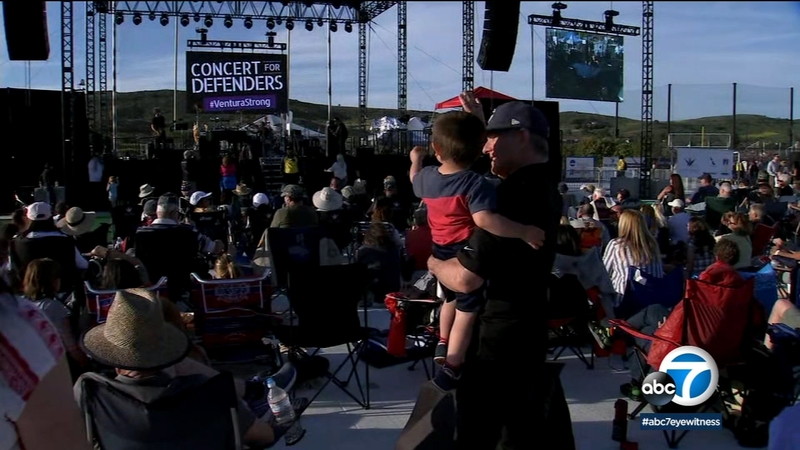 THOUSAND OAKS, Calif. (KABC) -- People came together at a free concert to honor first responders and victims from the Borderline shooting tragedy in Thousand Oaks Saturday.

The "Concert For Defenders" was held at California Lutheran University's stadium and was put on by actor Gary Sinise's foundation.

Hundreds turned out for the tribute featuring performances from Sinise's Lt. Dan Band and Grammy-nominated Five for Fighting, who performed an emotional memorial to the victims gunned down at Borderline.

"Tonight is our opportunity to honor our first responders in the area," Sinise said. "What happened in November was a terrible 1-2 punch."

The Borderline shooting last November left 13 people dead, including a sheriff's sergeant and the suspected gunman. Several more were injured.

As the Thousand Oaks community attempted to heal from the tragedy, the Woolsey and Hill fires broke out hours later, causing thousands to evacuate their homes.

Sinise, a Ventura County resident, said he wanted to honor those who risked their lives by holding the free concert.