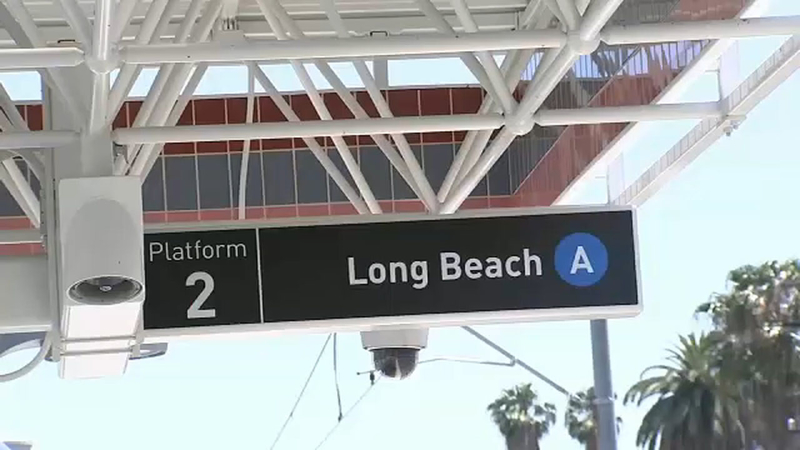 Rapper Snoop Dogg was on hand as the A Line once again welcomed visitors. Sections of the line had been closed since January as part of a $350 million improvement project. Crews installed new train control systems, overhead power systems, digital screens and signage. It's all meant to improve service along the 22-mile route connecting Long Beach to downtown Los Angeles.

The name change from the Blue Line to the A Line is part of Metro's plan to rename its routes from colors to letters. Next year, the Red Line will change to the B Line. Other lines will be renamed over the next few years.

Snoop Dogg served as emcee of Saturday's ribbon cutting ceremony. He described how he relied on the Blue Line to get from Long Beach to downtown L.A. before he landed a record deal. He also praised city leaders for the improvements.

"To see them put something back into the community like this and give it a new name or some new tricks... It's going to be be running through cities like Willowbrook, Compton, Long Beach. You understand what I'm saying? The real cities," said the rapper.
Report a correction or typo
Related topics:
societymetrosnoop doggsubwaycommutingtrains
Copyright © 2021 KABC-TV. All Rights Reserved.
More Videos
From CNN Newsource affiliates
TOP STORIES