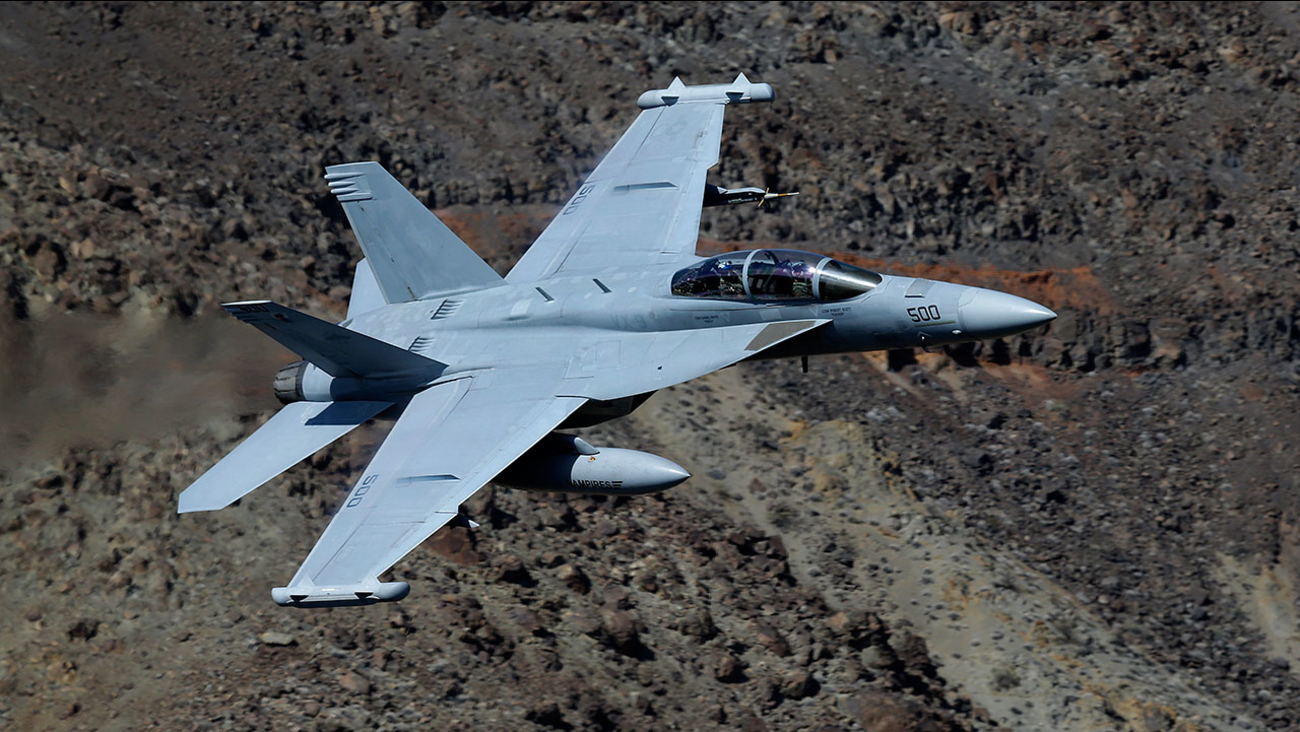 An EA-18G Growler, similar to this one pictured in a February 2017 file image, was involved in drawing an obscene image over the skies of Washington state. (AP Photo/Ben Margot)

SPOKANE, Wash. (KABC) -- The U.S. Navy is apologizing after a military jet crew drew an obscene image in the skies above a rural area of Washington state.

The crew of the E/A-18 Growler was grounded after using the plane's condensed air trail to draw an image of a penis in the sky on Thursday.

A number of people on the ground in Okanogan County, Washington observed the image and posted photos to social media.

The most monumental thing to happen in omak. A penis in the sky pic.twitter.com/SM8k1tNYaj

"Sophomoric and immature antics of a sexual nature have no place in Naval aviation today," said Vice Admiral Mike Shoemaker of Naval Air Forces, U.S. Pacific Fleet. "We will investigate this incident to get all the facts and act accordingly. This event clearly stands in stark contrast to the way our aviators and Sailors are performing with utmost professionalism, discipline and excellence from our carrier flight decks and expeditionary airfields around the world today."

The E/A-18 Growler is a type of carrier-based electronic warfare aircraft that was introduced in 2009. The two-person crew was based at Naval Air Station Whidbey Island.

"The Navy apologizes for this irresponsible and immature act, and anyone who was offended by this unacceptable action," the naval station said in a written statement.
Report a correction or typo
Related topics:
societywashingtonnavyairplane
Copyright © 2021 KABC-TV. All Rights Reserved.
More Videos
From CNN Newsource affiliates
TOP STORIES