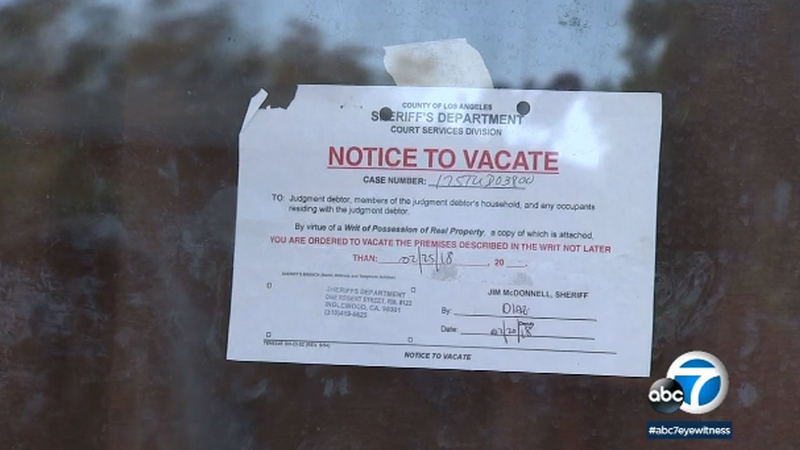 SOUTH LOS ANGELES (KABC) -- Water drips from the ceiling in a South Los Angeles home where residents rent beds on the floor. The plumbing doesn't work and there is a bedbug infestation.

Even in these conditions, dozens of people make this their home. But now, Ayasha Chenoa and her autistic son, an Uber driver and even a former comedian could be forced out of the house.

"Right now, we don't know what to do. It's so cold outside. We're just, we're scared. We don't know what's going to happen," said Shalana Little, a tenant in the building.

Tenants say they pay low rent for mattress space on the floor. But the woman who they say rented the rooms on Craigslist took their money and ran. They don't even know how long she wasn't paying rent.

Now they say the city of Los Angeles is evicting the tenants.

Many of these people, like Vincent Cook, planned to transition out of this home after a few months. The former comedian used to open for big names like Richard Pryor. But after a stroke, he ended up sleeping in the run-down house.

"What can I say? You've got to fight. Fight to the end. That's what it's all about: fighting until the end," said Cook.