Will having rooftop solar panels in California get more expensive? 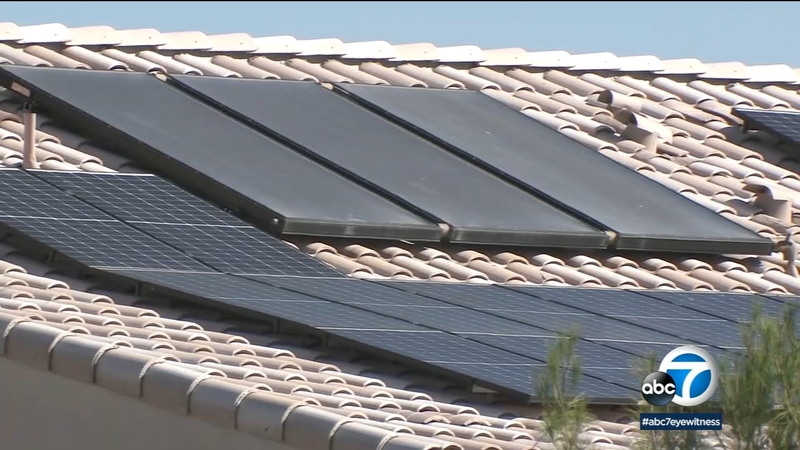 As rooftop solar panels become more popular and affordable, the California Public Utilities Commission is poised to make a change that some worry would disincentivize potential future customers from installing them.

A group called Environment California held a virtual news conference Thursday to protest what they are calling a proposed "tax" that could be levied against future solar customers.

"The thought that we're going to start getting fined basically for doing what we've been asked to do is just outrageous," said Geoff Kors, a member of the Palm Springs City Council. "And that needs to be revisited and changed."

The group is specifically opposed to a plan by the CPUC to add a fee that would cost the average future solar panel owner $57 per month. In addition, they're upset that the CPUC is considering reducing the credits a customer would receive for putting electricity - made from their panels - back on the grid by around 80%.

"The last thing we should do is make rooftop solar more expensive so only the wealthy can afford it," said Cailey Underhill, a member of the Solar Rights Alliance. "Yet that's exactly what the utilities will do."

Underhill said a similar plan that was proposed in the state legislature failed last year, and this is the next attempt to eliminate a solar incentive program called net energy metering.

"We would just like to bring this more in balance, and make sure the program is fair for everyone," said Kathy Fairbanks, a member of Affordable Clean Energy for All.

She argues that the way the system works right now, utility companies are raising electricity rates to offset losses because of the large number of people installing solar panels. And when those rates go up, they often hurt people who are unable to even consider purchasing solar panels for their home.

"If you're a renter, if you're a senior, or if you don't own a home, you will never have rooftop solar. Yet you are paying costs that help people who are wealthier, who are homeowners," Fairbanks said. "Low-income and disadvantaged people are subsidizing benefits that flow primarily to wealthier Californians."

A decision is expected to be made by the California Public Utilities Commission in February, according to officials with Environment California.

A spokesperson for Gov. Gavin Newsom issued the following statement:

"The Governor continues to care deeply about California's renewable energy future, and has been clear that more work needs to be done on this issue. The PUC has not yet brought this matter up for a vote, and it is not on the agenda for their next meeting."