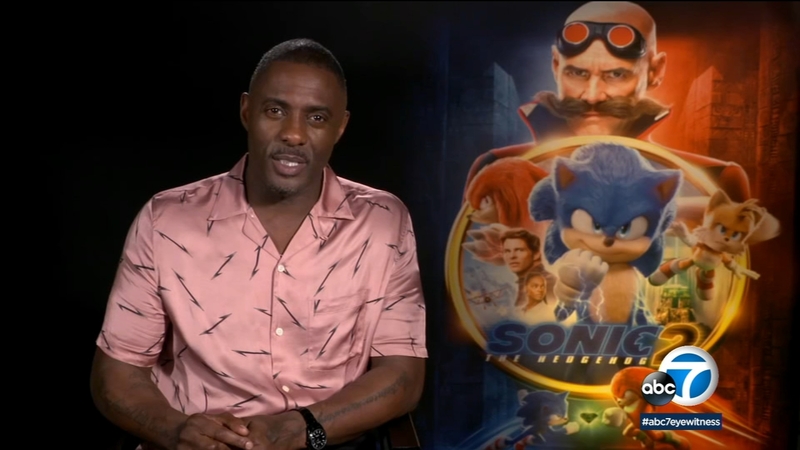 HOLLYWOOD -- Idris Elba stepped behind the microphone for his latest big-screen role. He joined Jim Carrey in the new live action/animated adventure, "Sonic the Hedgehog 2." Elba lends his voice to the villain, and fan favorite character, "Knuckles."

"Knuckles is the guy!" said Elba. "You know for the kids at least. They're like, you're Knuckles? You're so tall!"

It's a character he was very familiar with; Elba was a big fan of the original video game.

"I've been playing Sonic, you know, since I was a kid!" said Elba. "This opportunity to bring Knuckles to life was like wow! I love doing voices, but this was really special. I was allowed to go off script a little bit and improvise. He doesn't have a sense of humor so it was fun."

This isn't the first time Elba has lent his voice to a big screen project: He was part of "Zootopia," "Finding Dory" and "The Jungle Book." And while he loves doing voice work, Elba doesn't think his tone is all that special.

"As an actor I use my voice to good effect, but my normal voice isn't that interesting, and probably not that recognizable" said Elba.