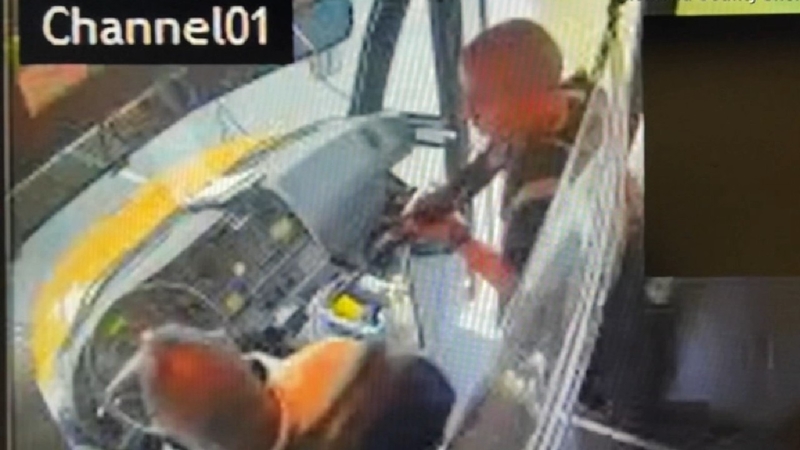 COLUMBIA, S.C. -- The heroic South Carolina bus driver who kept his calm when an Army trainee carrying a rifle hijacked his bus said the elementary students were the real heroes of the situation.

"At the very end, the kids were the one who got the gentlemen off the bus. They pretty much had my back as much as my concern was for them," Kenneth Corbin said in an interview with GMA's Robin Roberts on Monday morning.

Corbin was driving his normal bus route earlier this month when Jovan Collazo, 23, ran onto the bus and pointed a rifle at Corbin.

An Army trainee has been arrested after authorities say he boarded a South Carolina school bus with a gun and held the driver and elementary school students hostage before letting them off the bus.

Collazo demanded Corbin start driving to the next town.

On board with the two adults, were 18 school children.

The whole ordeal lasted around six minutes. Collazo then forced Corbin and all of the students off the bus. None of them were injured.

Collazo was eventually arrested on dozens of charges, including 19 counts of kidnapping.