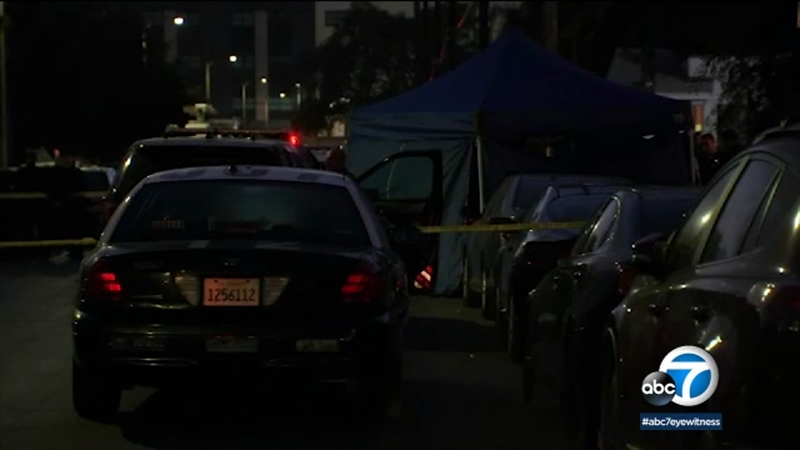 SOUTH LOS ANGELES (KABC) -- The Los Angeles Police Department is reporting a troubling rise in violent crimes and a significant change in how many innocent victims have been injured or killed.

The rise in South Los Angeles is most pronounced and it is not just gang crime.

LAPD Chief Michel Moore joined command staff, councilmembers and the community Friday, appealing to residents to stop the surge, which has claimed over 100 shooting victims over the previous year.

"Yesterday, following a spasm of violence, some 11 shootings and two homicides just since Tuesday. Thirty-nine additional homicides as a city versus last year," Moore said.

The rise comes despite a greater number of arrests and gun seizures.

"Just this month, we confiscated over 254 weapons off the street, the most weapons we have taken off the street in any month this year," said Deputy Chief Regina Scott.

The LAPD is trying to identify specific factors that could be stirring the uptick, including pandemic fatigue, few social outlets for youths, closed schools and fewer jobs.

An ABC7 analysis shows that the number of homicides has increased about 5% in South L.A. bureau areas, from 84 incidents in 2019 to 88 incidents in the same period in 2020.

Faith leaders appealed to gang members for a cease fire and to residents for more involvement.