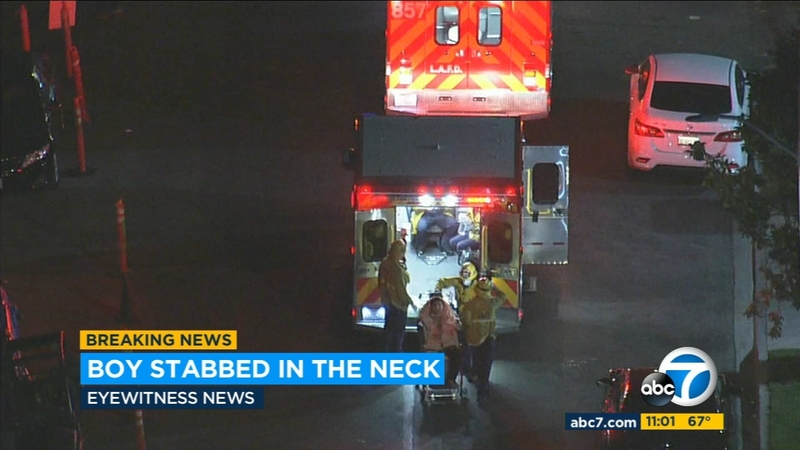 SOUTH LOS ANGELES (KABC) -- A woman who was holding her own son hostage during a custody exchange in South Los Angeles was shot by officers after she stabbed the boy in the neck, police say.

The incident happened Friday evening at a home on West 52nd Street, just east of Broadway.

The Los Angeles Police Department says a woman was holding her own son hostage with a knife during what was supposed to be a custody exchange.

At one point, police say, the woman stabbed the boy - believed to be around 11 - in the neck. That's when officers opened fire, wounding the woman.

The boy and woman were both rushed to a local trauma center for treatment.