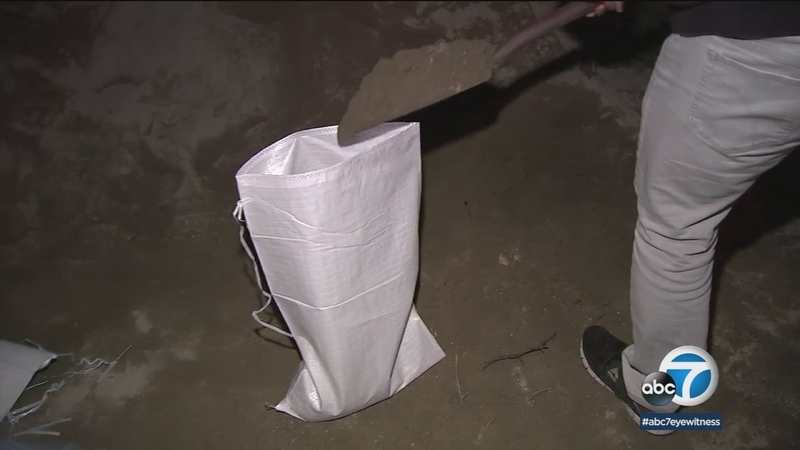 What to know about the rainstorm heading for SoCal

LOS ANGELES (KABC) -- A significant rain storm is expected to soak Southern California Tuesday until at least Thursday, which means residents in burn areas need to be cautious.

The storm is expected to make landfall in Santa Barbara County by Tuesday morning. Residents in Montecito, where devastating mudslides destroyed homes and killed at least 21 people, prepared Monday for the incoming rain.

"This is the biggest storm of the season. The most rain we're going to see out of any other storm this winter," said Eric Boldt, with the National Weather Service station in Oxnard. "Some of the mountains could get 5 -10 inches of rain."

On Saturday, a pre-evacuation advisory for at-risk areas affected by wildfires was issued by Santa Barbara County officials. It gives residents 72 hours to be ready for any evacuation orders.

But by Monday afternoon, mandatory evacuations that will go into effect Tuesday at noon were ordered for parts of Santa Barbara and Ventura counties.

Residents in Montecito, where deadly mudslides occurred after areas were charred by the Thomas Fire, prepared for the incoming strong rainstorm expected to make landfall Tuesday morning.

Residents in other burn areas in Los Angeles County also prepared for the worst. Bulldozers were moving and leveling the dirt in charred parts of Burbank, as well as other spots affected by the La Tuna Canyon Fire, San Gabriel Complex Fire, Skirball Fire and Creek Fire.

Officials said even with smaller rainfall events, the burned Earth can become unstable and small rocks, mud and other debris will flow down hillsides.

Public works crews worked to clear about 162 debris basins around the county. Crews also removed sediment and increased storage capacities for the basins.

"Unfortunately, when you have high potential for rainfall and high intensities, some areas will be advised to evacuate," said Keith Lilley, principal engineer with county public works.

Dozens of people in La Tuna Canyon gathered up free sandbags late Monday in an effort to protect the homes only hours before the rains were set to begin. Every day fire stations will restock sandbags so residents can continue to keep their property safe.

While the rain will be spread out over two days, preliminary rainfall estimates through Thursday night or early Friday range from 2-4 inches in the coastal and valley areas and 4-6 inches in the foothill and mountain areas.

Officials in Santa Barbara, Ventura and Los Angeles counties urged anyone who has been advised to evacuate to heed the warnings and get out as quickly as possible.