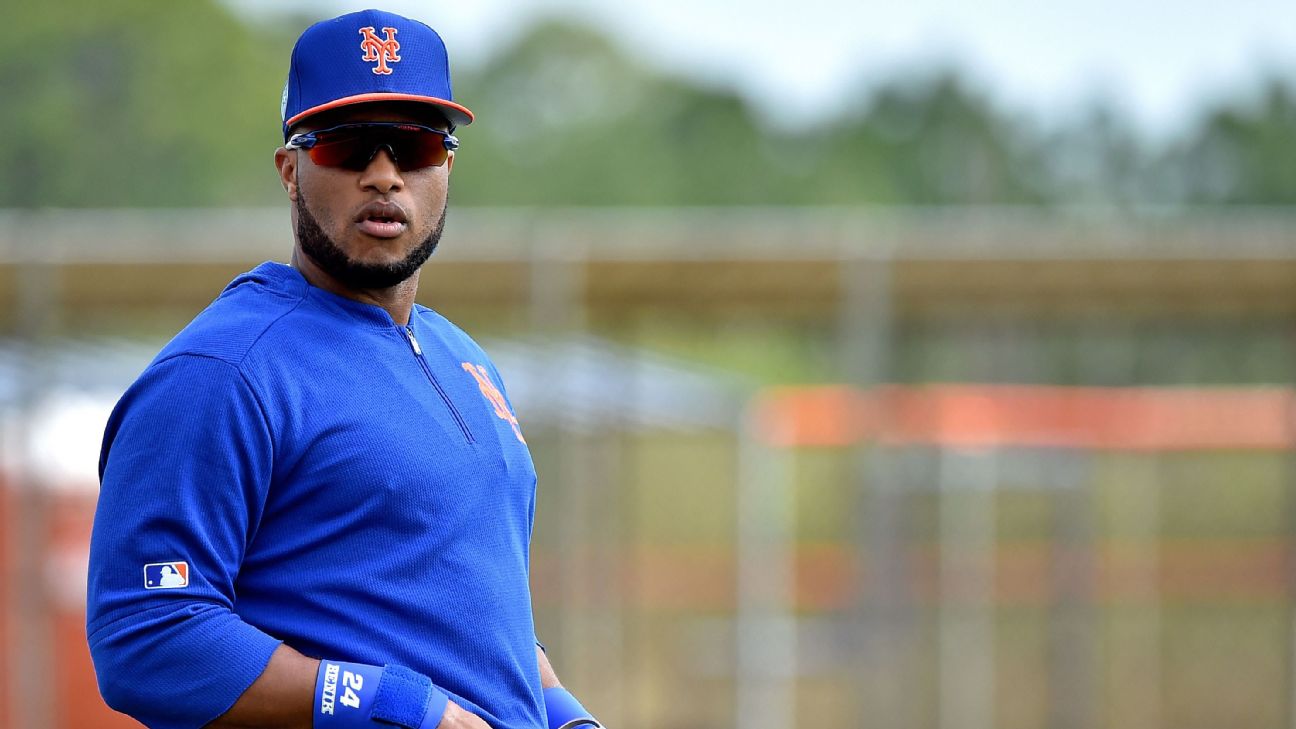 While the wait for Manny Machado and Bryce Harper to sign dominated the offseason, some other big names made their way to new homes across the majors this winter. Need a refresher on who landed where as spring training action heats up? We've got you covered.

On Dec. 5, St. Louis sent Luke Weaver, Carson Kelly, Andy Young and a draft pick to Arizona in a blockbuster trade for the star first baseman.

A star in St. Louis. Goldschmidt's move might not have had the fanfare of the Bryce and Manny watch, but there is a case to be made that the six-time All-Star is the best player who changed teams this winter. The 31-year-old slugger has finished in the top three of NL MVP voting three times during his career, and another big season on a bigger stage in St. Louis could help Goldy win some hardware.

Cano posted a .303/.374/.471 slash line during a 2018 season cut in half by an 80-game suspension for a violation of MLB's performance-enhancing drugs policy. He batted .317 in 41 games after returning from the suspension and should give the Mets a needed offensive boost in the infield.

Diaz will undoubtedly bring electricity to the ninth inning at Citi Field. Armed with a high-90s fastball and a filthy hard slider, the closer struck out 124 batters in 73 innings on his way to a 57-save 2018 and could be the best closer in his new league this year.

Cincinnati landed Puig along with Matt Kemp and Alex Wood from the Dodgers in a seven-player deal in which L.A. sought to change its salary structure and the Reds focused on bringing in veterans to help the team climb out of the NL Central cellar.

Puig being Puig. Playing in a new home in a contract year will provide plenty of motivation for the outfielder, but the big question remains: Can Puig finally put it all together for an entire season?

The Nationals outbid a host of suitors for the most coveted starter on the free-agent market by handing out a six-year, $140 million deal that gives Washington a three-ace rotation featuring Corbin alongside Max Scherzer and Stephen Strasburg.

The 29-year-old left-hander rode his devastating slider to a breakout 2018 that culminated with a top-five finish for NL Cy Young honors, and there's no reason to expect anything less in 2019. If Scherzer, Corbin and Strasburg all deliver, a bounce-back season is likely for the Nats -- with or without Bryce Harper.

A lifelong Braves fan growing up in Alabama, Donaldson bet on himself by taking a one-year, $23 million deal with Atlanta early in the offseason instead of searching for a multiyear offer.

Injuries have limited Donaldson over the past two seasons, but he still has been effective when he's been able to take the field. Small sample size alert: In a short stint with the Indians last season, Donaldson put up a .280/.400/.507 slash line that topped his career marks in all three categories.

The sweet-swinging outfielder inked a two-year, $32 million contract to join the Astros in December.

Another potent bat in an already-deep Houston lineup. An All-Star each of the past two seasons, Brantley is a shoo-in to hit .300 with some pop as long as he can stay healthy after an injury-plagued finish to his time with the Indians.

By including pitching prospect Sixto Sanchez in a package for Realmuto, the Phillies convinced the Marlins to trade the All-Star catcher within the NL East during an offseason that also saw Philadelphia add Andrew McCutchen and Jean Segura to its lineup.

While getting a likely All-Star starter is certainly an upgrade, Philadelphia's offseason will be judged by whether adding Realmuto is the final big splash or the move before bringing a certain outfielder to Citizens Bank Park. Either way, Realmuto will provide a big boost at the catcher position with the potential to blow past his career high of 21 home runs now that he's playing in a much more hitter-friendly ballpark.

After clearing space in the outfield by trading away Puig and Kemp, the Dodgers brought in Pollock on a four-year, $55 million deal.

When he plays, Pollock is an All-Star-caliber center fielder who contributes in every phase of the game. Staying healthy has been an issue, though, for a guy who hasn't played in more than 115 games since 2015 and has eclipsed 450 at-bats only once in his career.

In need of a rotation upgrade, the Yankees parted with prospect Justus Sheffield and two other minor leaguers to land Paxton from the Mariners on Nov. 19.

Best known for either his 2018 no-hitter or having a bald eagle land on him during the national anthem last season, Paxton will get a chance to show his stuff on the big stage at Yankee Stadium this year. The 30-year-old lefty has had injury troubles throughout his career but has the stuff to dominate in any park and has struck out more than a batter per inning over the course of his career.

After his time with the Mets came to an end last May, Harvey showed signs of bouncing back during a four-month stint with the Reds. His 4.50 ERA and 7.8 strikeouts per nine innings with Cincinnati provide a realistic expectation for Harvey going forward, even if it is a far cry from his Dark Knight production earlier in the decade.

After being posted by the Seibu Lions of Japan early in the offseason, Kikuchi signed an interesting contract with the Mariners that guarantees $56 million and could be worth as much as $109 million. His pact with Seattle starts with a base deal for $43 million over the next three seasons. Following the 2021 season, the team can trigger a four-year, $66 million extension. If the Mariners decline the extension, Kikuchi can either pick up a $13 million option for 2022 or become a free agent.