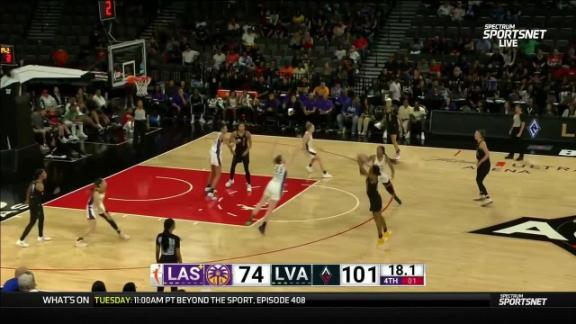 The Aces tied a WNBA record with 18 3-pointers, topping the team mark of 16, and scored 100-plus in back-to-back games.

Kelsey Plum had 17 points and eight assists and Gray finished with 14 points for Las Vegas (7-1), which became the first WNBA team to score 39-plus points in a quarter this season. Kierstan Bell scored 12 points.