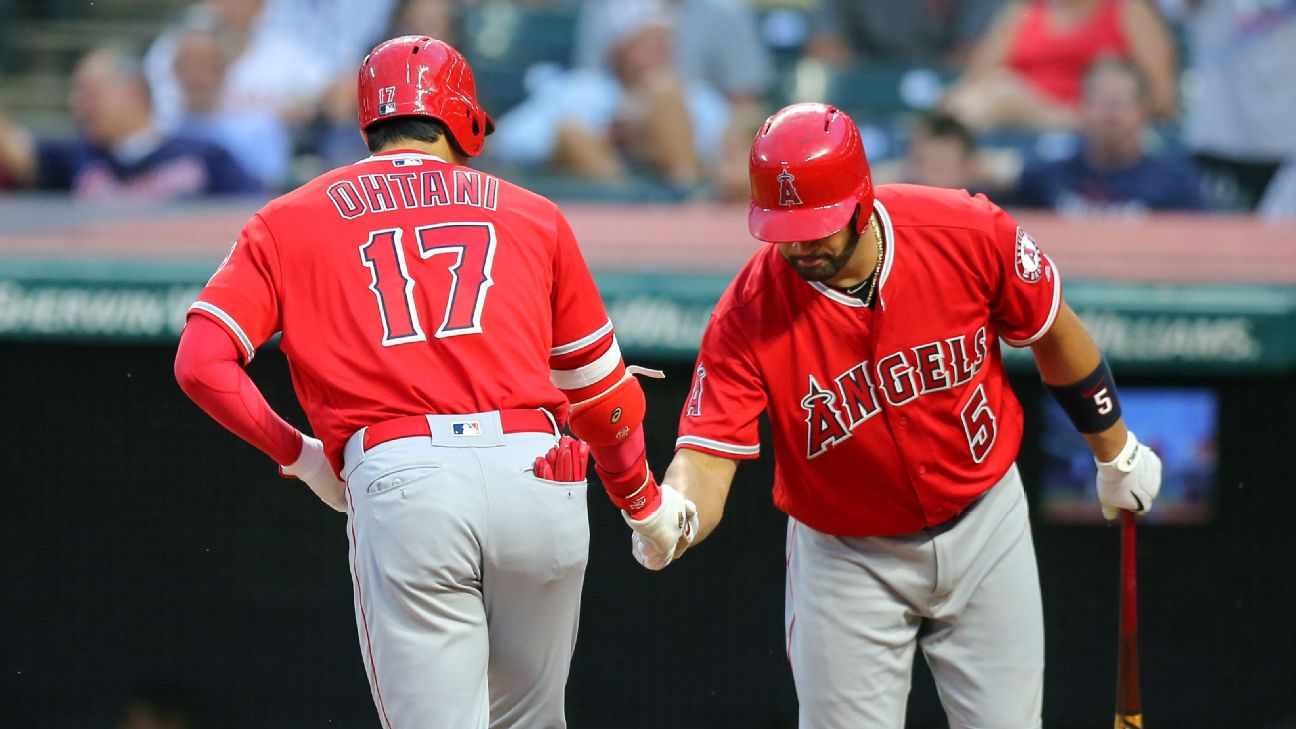 TEMPE, Ariz. -- Albert Pujols joined Mike Trout for some on-field batting practice in one of the backfields of the Tempe Diablo Stadium complex at around 10:30 a.m. MT on Sunday, by which point Shohei Ohtani had already left the facility altogether. Pujols and Ohtani reside in noticeably different stages of their respective rehabs, but they are intrinsically tied together.

Once Ohtani is ready to hit in a regular-season game -- a circumstance that isn't expected to occur until the start of May, at the earliest -- Pujols must be ready to play more first base.

It's the only way the two can exist in the same lineup.

"Last year we were expecting 30 games [at first base] and I ended up playing over 100 games," Pujols, who actually started 70 times at first base in 2018, said when asked how often he hopes to play the field this season. "It all depends on how I feel and what's best for the team."

Pujols ate healthier over the offseason and showed up six days ago looking noticeably slimmer despite spending a large chunk of his offseason recovering from August surgery to his left knee. The 39-year-old, who also had bone chips removed from his elbow in September, doesn't know when he'll be ready to play in spring training games, but said: "My goal is to be ready for March [28] on Opening Day."

Ohtani shared the same sentiment, even if for him it's far more unrealistic.

"I don't feel rushed or anything," Ohtani said through his interpreter, "but as a baseball player, I would like to make it on Opening Day. That's the thought. But I'm not trying to rush myself."

The Angels will be "cautious out of the gate" with Pujols, new Angels manager Brad Ausmus said, hoping to simply get him out of spring training healthy so that he's ready for the start of the season. The approach is similar with Ohtani, who hopes to take swings off a tee next week and will probably focus solely on hitting for the next month.

At many points throughout this season, Ausmus will have a choice to make. With Justin Bour signed to fill in at first base, and Pujols probably unlikely to play defense on many nights, Ausmus will often be faced with the decision of using Ohtani, the reigning American League Rookie of the Year, or Pujols, a walking Hall of Famer at the back end of his career, at designated hitter.

Ohtani collected a .925 OPS in 367 plate appearances and a 3.31 ERA in 10 starts last season, becoming the first legitimate two-way player since Babe Ruth. Ausmus called him "a once-in-a-lifetime athlete."

"I don't need to show anybody, man," Pujols said when asked if he feels the need to prove something. "My job is to just try to be healthy and help this ballclub win a championship. I don't think I need to show anybody. I know what I can do when I'm healthy, and that's what I try to do."

Pujols, who is scheduled to return to St. Louis for the first time since leaving the Cardinals in June, has three years remaining on his 10-year, $240 million contract and sits only 18 RBIs away from 2,000.

Ausmus played against Pujols often while catching for the Houston Astros and was behind the plate when Pujols hit that majestic home run off Brad Lidge in Game 5 of the 2005 National League Championship Series.

Ausmus said the two "had a very good relationship for guys on opposite teams."

"I have a lot of respect for the way Albert played the game the right way, just in terms of carrying himself on the field, the work ethic, all that. He does things right." 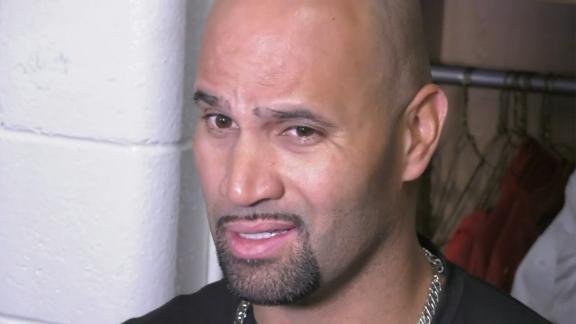