Angels P Pena (ACL) out for year; Simmons to IL 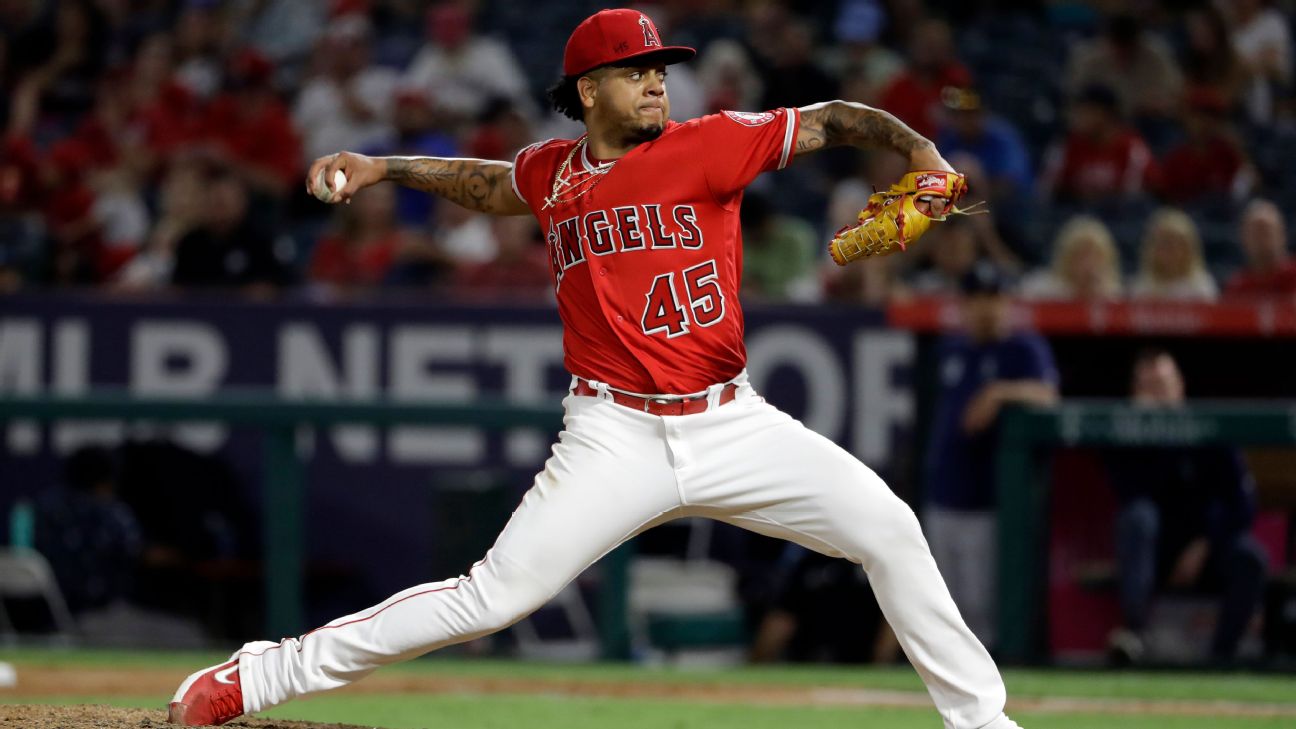 Los Angeles Angels pitcher Felix Pena will miss the remainder of the season with a torn ACL in his right knee.

Pena, who pitched in a combined no-hitter less than a month ago, suffered the injury in Saturday's game against the Cleveland Indians and was carried off the field.

The Angels placed Pena on the 10-day injured list amid a series of roster moves before Sunday's 6-2 loss to Cleveland. Shortstop Andrelton Simmons (ankle) and rookie pitcher Griffin Canning (elbow) also were placed on the 10-day IL.

Pena, 29, will undergo surgery on his knee and is expected to need six to nine months to recover, Angels manager Brad Ausmus told reporters.

A four-year veteran, Pena is 8-3 with a 4.58 ERA in 22 games -- seven starts -- this season. He made history on July 12 when he threw seven no-hit innings in relief of Taylor Cole, completing the second combined no-hitter in Angels history.

Simmons told reporters that he reinjured the same ankle that forced him to miss a month earlier this season. The four-time Gold Glove winner is uncertain how long he will be sidelined.

Canning, 23, underwent an MRI that revealed inflammation but no structural damage in his pitching elbow, according to Ausmus. The Angels hope the right-hander, who is 4-6 with a 4.76 ERA this season, will return soon.