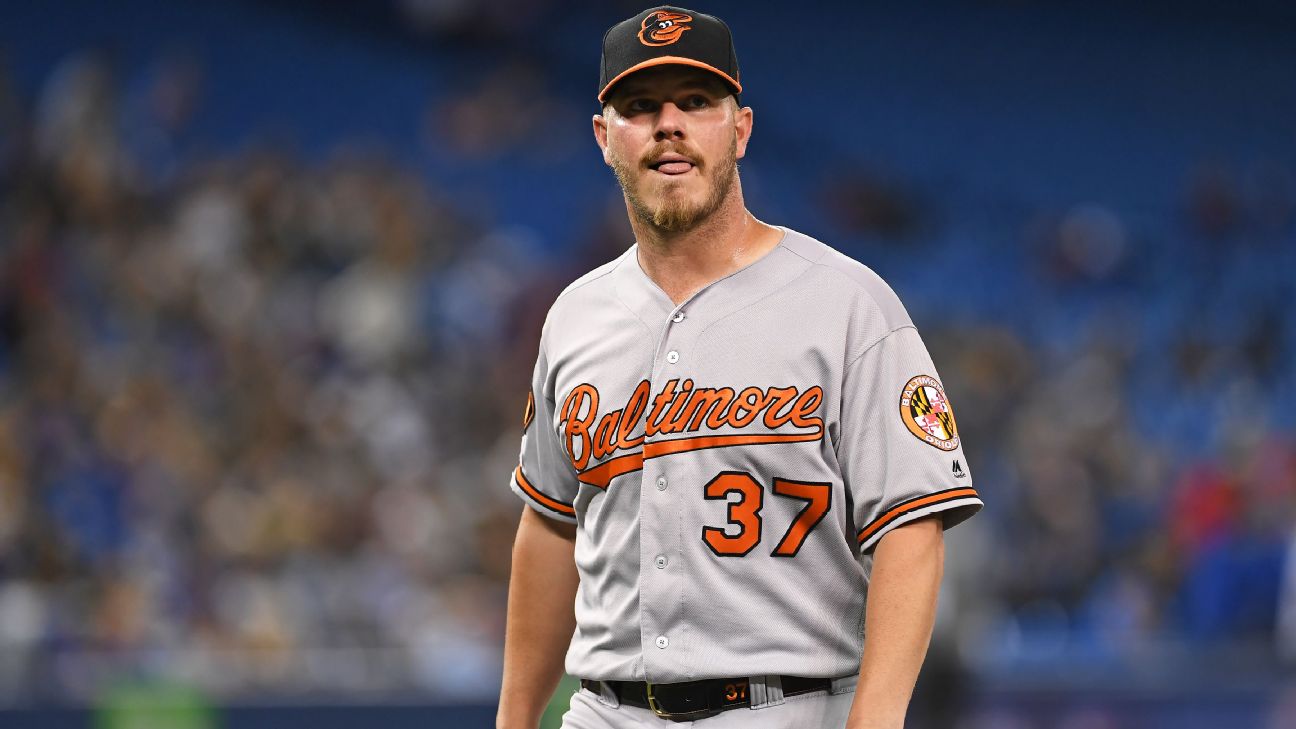 The Los Angeles Angels addressed one of at least two holes in their starting rotation Wednesday, using four of their lower-tier pitching prospects to acquire right-hander Dylan Bundy from the Baltimore Orioles.

"Our work's not done," Angels general manager Billy Eppler said during a conference call, "but we're thankful to get one of our goals crossed off the list before we get to San Diego (for winter meetings)."

Bundy, who has compiled 503 innings and a 4.83 ERA over the past three years, provides the Angels with a durable, controllable starter for a 2020 rotation that also projects to include Shohei Ohtani, Andrew Heaney and Griffin Canning. But the Angels are still in search of an ace, and they are still expected to be among the most aggressive in the courting of star free agent Gerrit Cole, a pursuit that probably will spill into next week's winter meetings.

Eppler was coy about the Angels' plans, though he did acknowledge that pitching -- and catching, a particularly thin position after non-tendering Kevan Smith earlier this week -- is the primary focus for the winter. Angels owner Arte Moreno declared earlier in the offseason that the budget will increase, but Eppler declined to provide a number.

Eppler said the Angels have "been engaged in every starter in the free-agent market" but wouldn't provide names.

"We like talented players here," Eppler said when asked about adding someone to anchor his starting-pitching depth. "If some players are available, and we can execute a trade for that player, or we pursue a free-agent deal with one of those players, and they're talented -- yeah, I'm all for it."

The Angels gave up minor league right-handers Isaac Mattson, Zach Peek, Kyle Bradish and Kyle Brnovich for Bundy, who is still two seasons away from free agency and is projected to cost about $5.5 million as a second-year arbitration-eligible player in 2020. Of that group, only Bradish (21st) ranked among the 30 best prospects in the Angels' system, according to MLB.com data.

Bundy was a fourth overall pick out of high school in 2011 who reached the major leagues as a 19-year-old late in the following season. But he recorded fewer than 65 innings in the minor leagues from 2013 to 2015, a three-year stretch in which he underwent Tommy John surgery and suffered calcification in his throwing shoulder.

He reemerged with a fastball that no longer sat in the upper 90s, but he started relying more so on his off-speed pitches and carved a permanent spot in a major league rotation. Bundy went 7-14 with a 4.79 ERA, a 1.36 WHIP and a 2.79 strikeout-to-walk ratio in 30 starts for an Orioles team that lost 108 games last season.

The Angels believe his numbers will improve by playing in a more pitcher-friendly park and residing in a less menacing division, though he has a 7.64 ERA in four games (three starts) at Angel Stadium, his fourth-worst ERA of any ballpark (minimum three starts), according to ESPN Stats & Information research.

"He's a tough, competitive individual that's shown the ability to adapt as he has matured at the major league level," Eppler said, "going from somebody that threw with a little different velocity when he was 19, 20, 21, 22, even 23 years old, but has developed a good amount of feel in the eyes of our evaluators."

Baltimore general manager Mike Elias told reporters his latest trade "represents a big step toward our stated goals to accumulate and develop as much young talent as possible" and that the Angels outbid several suitors in recent weeks for Bundy.

"It's a bittersweet thing, parting with Dylan," Elias added. "He has done a lot for the Orioles. He has laid it on the line at all times for the Orioles and always taken the ball, and this dates well back beyond my short time here. We're going to miss him, and we have a hole in our rotation to fill."