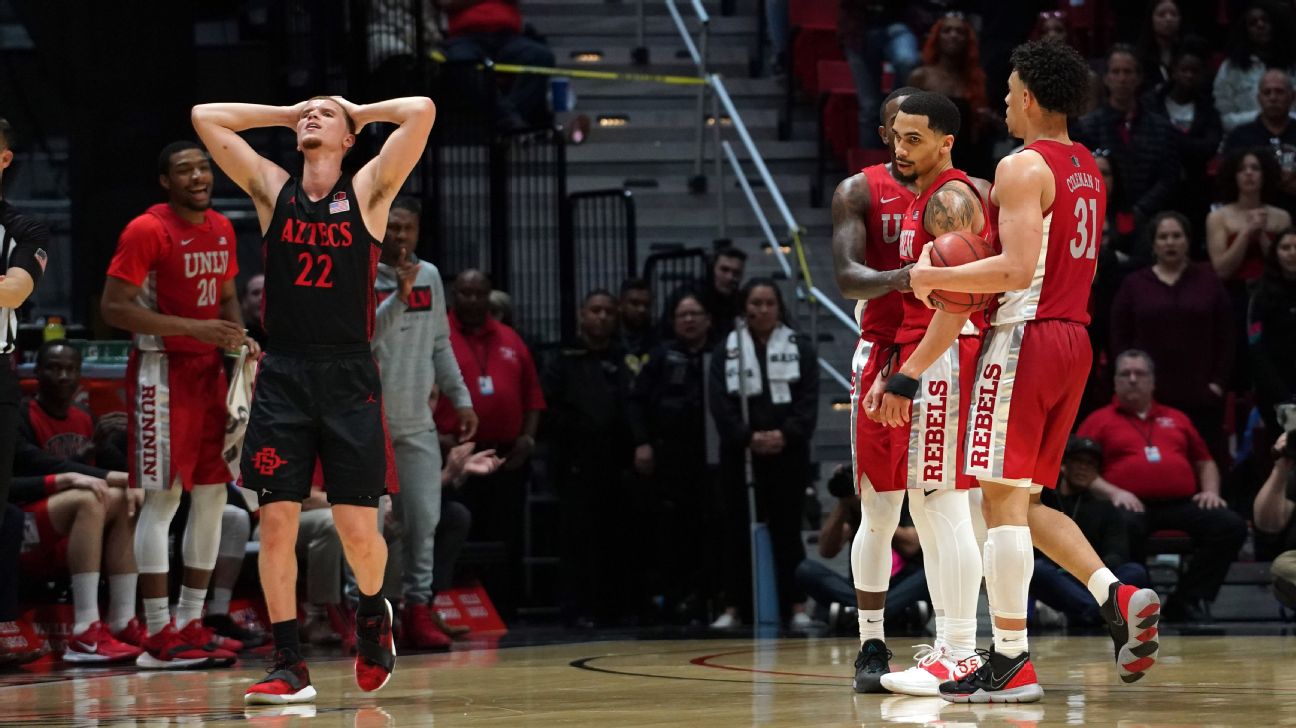 Saturday started with a wild Baylor-Kansas matchup between a pair of top-three teams in college basketball.

The great action continued throughout the day.

SDSU, Gonzaga both lose ... Now what?

San Diego State entered halftime of Saturday's 66-63 loss to UNLV with a 12-point deficit, its largest halftime deficit of the season. But that didn't scare Brian Dutcher's squad, which had been down at halftime in three previous outings and had come back to win all three of those games by double digits, per ESPN Stats & Information research.

This time, however, that didn't happen for SDSU, which had a multitude of opportunities to close the gap down the stretch once UNLV went cold. Malachi Flynn started 5-for-15 before making a few plays late to give the Aztecs a chance to win, but it wasn't enough.

The NCAA men's basketball selection committee placed SDSU in the fourth No. 1 slot during its first in-season bracket reveal. At the time, Kevin White, the chairman of the committee, said the group thought Gonzaga was clearly the better team and more deserving of the top spot in the West Region. Under that initial arrangement, SDSU would have faced Duke, potentially, at Madison Square Garden in the Elite Eight.

But Saturday's loss could change all of that for San Diego State. How does the committee view SDSU now after it suffered a home loss to a UNLV team that was ranked No. 123 in the NET entering the matchup? We won't know for sure until Selection Sunday.

It seemed as if SDSU was fighting for Gonzaga's spot until Saturday's loss. Hours later, however, Gonzaga seemed vulnerable following its loss to BYU. It seemed like Gonzaga was a lock to occupy the top spot in the West Region but that no longer feels certain. The entire picture might have changed on Saturday night.

The national player of year conversation is often influenced by NBA mock drafts. And that's unfair to good college players who might not have a clear future at the next level. Udoka Azubuike falls into that category.

The veteran big man has been one of America's most important players, but he has not really attracted the national buzz his peers have enjoyed for a few reasons: (1) his game isn't sexy; (2) his teammateDevon Dotsonis an outstanding player too; (3) he's not a projected lottery pick in this summer's NBA draft.

But his performance (23 points, 19 rebounds, 3 blocks in 36 minutes) on Saturday in No. 3 KU's 64-61 win at No. 1 Baylor certainly stamped his status as one of America's best players. And if the Wooden Award race were based on a player's value and significance to his team's national title hopes, then Azubuike might be at the top of the list.

His dominant effort in Saturday's win at Baylor proved as much. He was the player Scott Drew's team couldn't stop. His high ball screens confused a great Baylor defense that couldn't stop the easy lobs to the big man that his screens produced. He played great defense too.

If you'd told someone he was the best player in America after that effort, who could have definitively said that wasn't true? Luka Garza and Obi Toppin are probably the top two players in the Wooden Award race right now. And they've earned those honors.

But America's most important player? Azubuike might deserve that title.

It's the kind of season where everything can change in a month.

On Jan. 26, Cronin's squad suffered a 21-point road loss against Oregon to start league play 3-4. His first season since leaving Cincinnati had hit a wall and there weren't many reasons to project improvement.

Since then? Cronin's Bruins have arguably been the best team in the Pac-12. Saturday's 70-63 win over Colorado, their second win over the Buffaloes this season, capped UCLA's 7-1 surge since that loss to Oregon last month.

Cronin is probably the favorite to win thePac-12 Coach of the Year. His Bruins could win the league. And, per ESPN's Joe Lunardi, UCLA is back on the NCAA tournament bubble. That's an amazing run for a coach and a program that reversed its fortunes over the past month.

3 things for the coming days

The San Diego State loss creates a multitude of interesting scenarios in the NCAA tournament picture. Maryland, more than any other team, has probably considered the implications of the result since the Terps could become the beneficiaries of UNLV's victory.

Per ESPN's Joe Lunardi, Maryland can snatch the fourth No. 1 seed from San Diego State with a road win over Ohio State on Sunday. Maryland has been a consistent force in the Big Ten, winning nine consecutive games. The Terps will face an Ohio State squad that's been a victim of the Big Ten gantlet.

But nonconference wins over Cincinnati, Villanova and Kentucky -- the Buckeyes beat North Carolina when that still mattered too -- have helped the Buckeyes remain confident in their NCAA tournament positioning, despite entering Sunday's game with a 7-8 record in Big Ten play.

But that reality and Ohio State's No. 21 ranking in the NET mean Maryland could elevate its NCAA tournament profile with a win in Columbus, Ohio, on Sunday and extend its lead over the field in the Big Ten title race.

Louisville, Florida State fight for first place in the ACC

With Duke, Louisville and Florida State all winning on Saturday, each of the three teams will enter the week with three ACC losses.

Louisville will travel to Tallahassee, Florida, on Monday for its second matchup against Florida State this season, but this game will be a battle for first place in the ACC. After the final games of the season for the trio of three-loss teams in the ACC, we could look back at Monday's matchup as the deciding game in the ACC title race. But it's also a key game for two teams, Louisville and Florida State, that hope to boost their claims for a favorable seed.

In the selection committee's in-season bracket reveal earlier this month, Louisville and Duke were 2-seeds and Florida State was listed as a 3-seed.

Creighton, which will host Butler on Sunday, has quietly put together an impressive nine-game run (8-1) that has moved it into second place in the Big East (tied with Villanova at 10-4). The Bluejays have made nearly 38% of their 3-point attempts and they possess the most efficient offense in one of the best leagues in America.

They might not catch Seton Hall, the Big East's top team, which will face St. John's on Sunday. But they're definitely a team to watch as the NCAA tournament approaches. They've surged at the right time, they're pushing for a conference title and they're playing at an elite level. 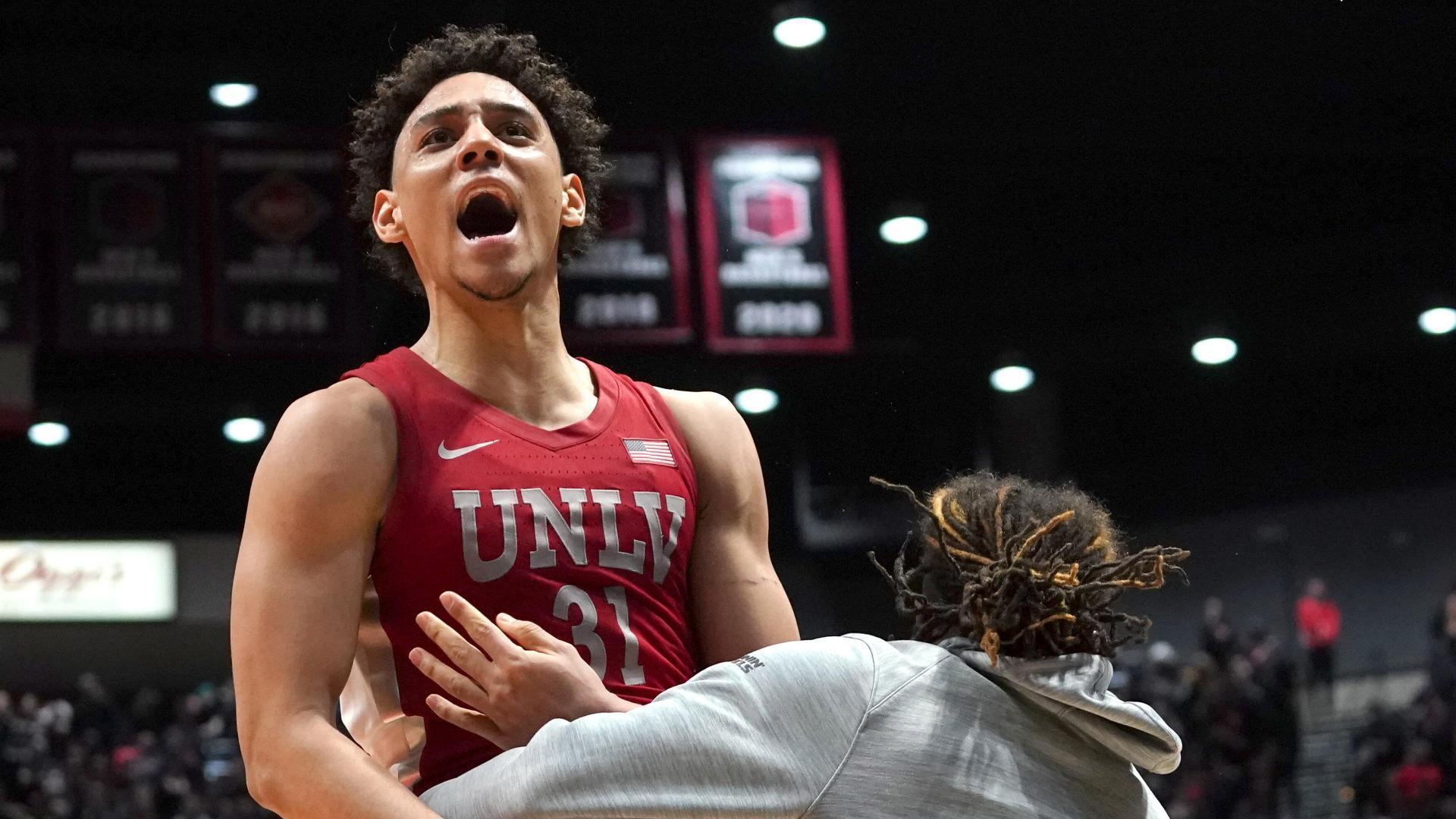 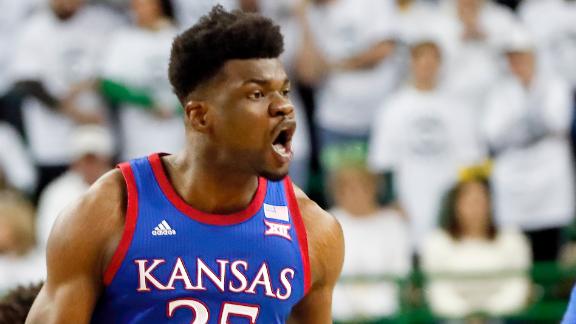