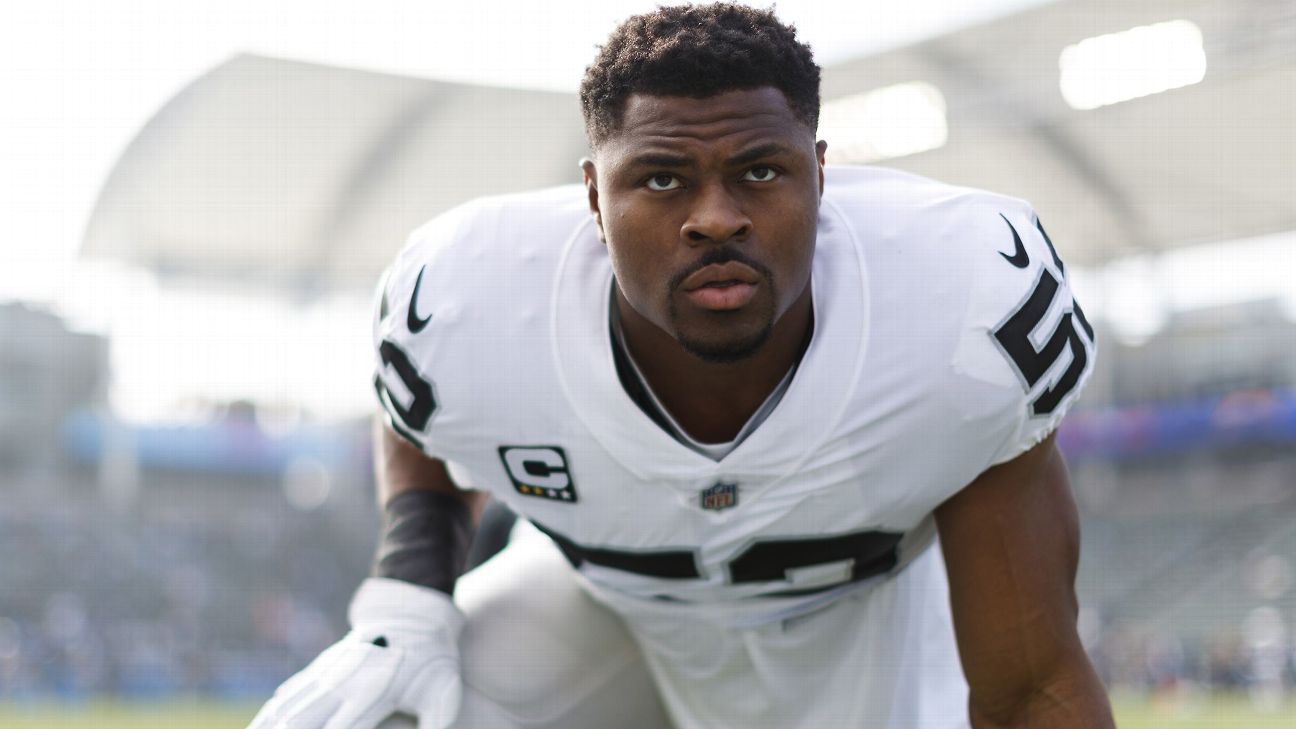 Chicago acquired the pass-rusher from the Oakland Raiders earlier in the day and later announced the extension but did not release the terms.

Mack is now the highest-paid defensive player in NFL history. The deal, which averages $23.5 million per season, includes $90 million in guaranteed money and $60 million at signing, the source said.

"We are excited to add a special playmaker like Khalil to our football team," Bears general manager Ryan Pace said. "He brings a ton on the field, but he really fits what we are building in our locker room too. Elite defensive players in their prime are rare so when we knew we had a legit shot to acquire him, we did everything we thought necessary to get him. I'm confident the compensation to Oakland, including the return draft picks to us, and the contract extension for Khalil are fair to all parties. We are anxious to get Khalil to Chicago with his coaches and teammates."

The contract eclipses the record for a defensive player set just one day earlier, when theLos Angeles Rams signed Aaron Donaldto a six-year extension worth $135 million, including $87 million guaranteed.

The $90 million in guaranteed money for Mack, the 2016 NFL Defensive Player of the Year, is about $20 million more than Raiders quarterback Derek Carr is being paid.

News of the agreement to trade Mack drew reactions from Carr and Raiders defensive end Bruce Irvin on Twitter.

Over the past 48 hours, the Raiders had engaged in active trade talks with multiple teams -- including the New York Jets, a source told ESPN's Rich Cimini. The Raiders were asking for two first-round picks. Other teams made enticing offers of multiple picks, but the Bears were willing to offer the most, sources told Schefter.

Raiders general manager Reggie McKenzie said Saturday night that "more than half the league" called the Raiders to inquire about Khalil Mack in a trade.

"We wanted, all of us -- Gruden, myself, everybody in the organization -- wanted Khalil to be a Raider. That's not an issue at all. We presented him with an offer and we got that counter back and talked about it with him ... and it just, what they were demanding, it just wasn't going to work at that time ... it didn't work out in the end ... we weren't close. We presented prior to the start of the league year ... Khalil got a great deal," he said.

Mack is the fourth player to be traded after winning a Defensive Player of the Year award, along with Jason Taylor (traded in 2008), Pat Swilling (1993) and Keith Millard (1992), according to ESPN Stats & Information. At age 27, Mack is the youngest of that group at the time of being traded.

The No. 5 overall pick of the 2014 draft out of Buffalo, Mack missed training camp. He also stayed away from the Raiders' voluntary offseason training program and held out of the team's mandatory three-day minicamp in June. Raiders coach Jon Gruden, hired in January, had yet to meet Mack.

Oakland exercised the fifth-year option on Mack's contract last summer, worth $13.846 million. If he had played under those terms this season, the Raiders could have used a franchise tag on Mack in 2019.

Mack joins a Bears defense that includes No. 8 overall pick Roquan Smith, who had his own holdout this offseason before signing his rookie contract, and 2016 No. 9 overall pick Leonard Floyd. Chicago ranked ninth in points allowed and 10th in yards allowed last season.

Mack made league history in 2015 by being named first-team All-Pro at both outside linebacker and defensive end. After being honored as the league's best defender in 2016, Mack had a little bit of a letdown in 2017 -- his 10.5 sacks were his fewest since his rookie year, and he was not named to the All-Pro team.

Still, he has 40.5 career sacks, and his 185.5 quarterback pressures since coming into the league in 2014 lead the NFL in that time frame, according to Pro Football Focus.

There was also a ripple effect in Las Vegas. The Bears have gone from 100-1 to 40-1 to win the Super Bowl, while the Raiders dropped from 20-1 to 40-1, according toWestgate Las Vegas SuperBook manager Jeff Sherman. 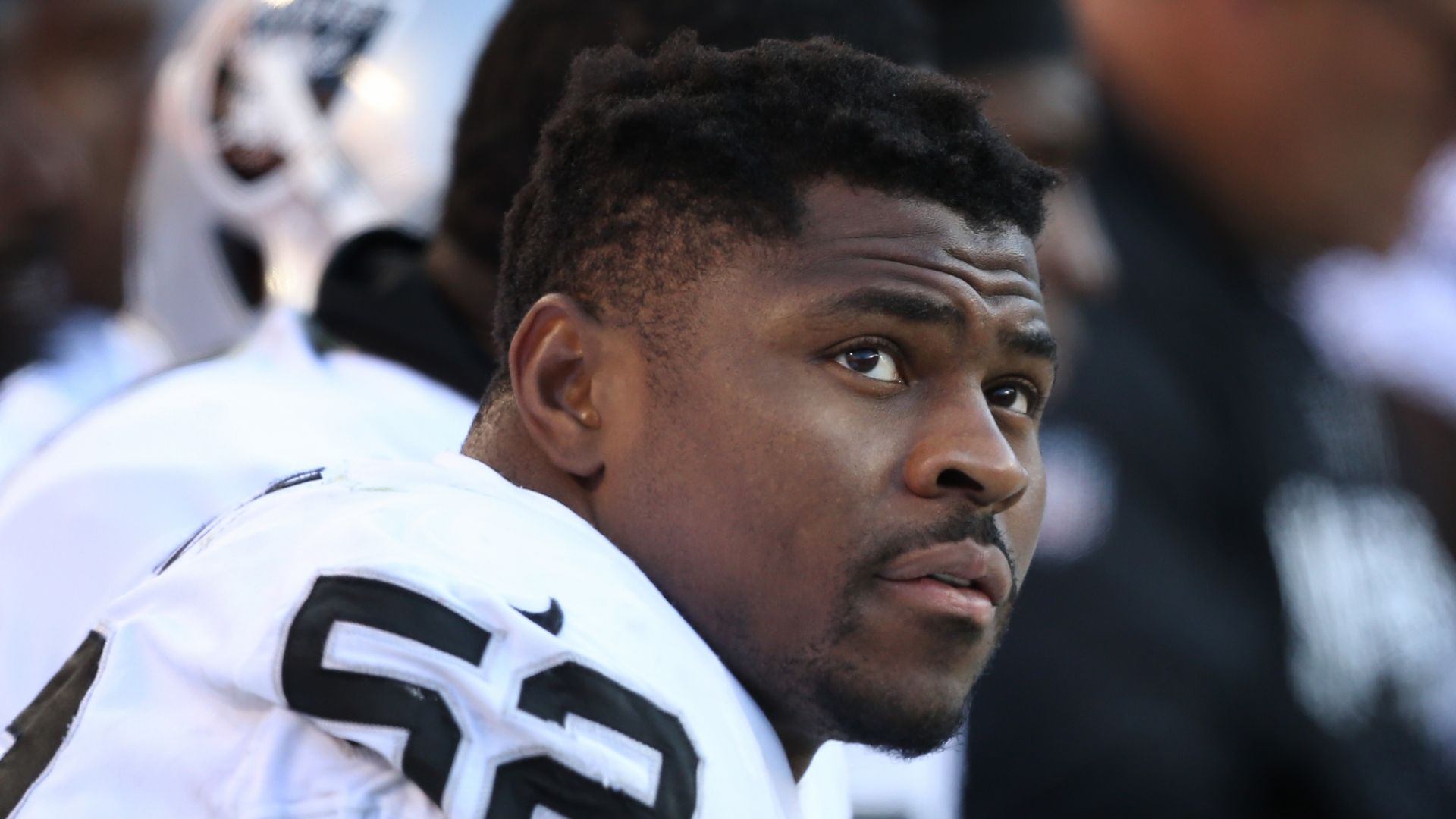