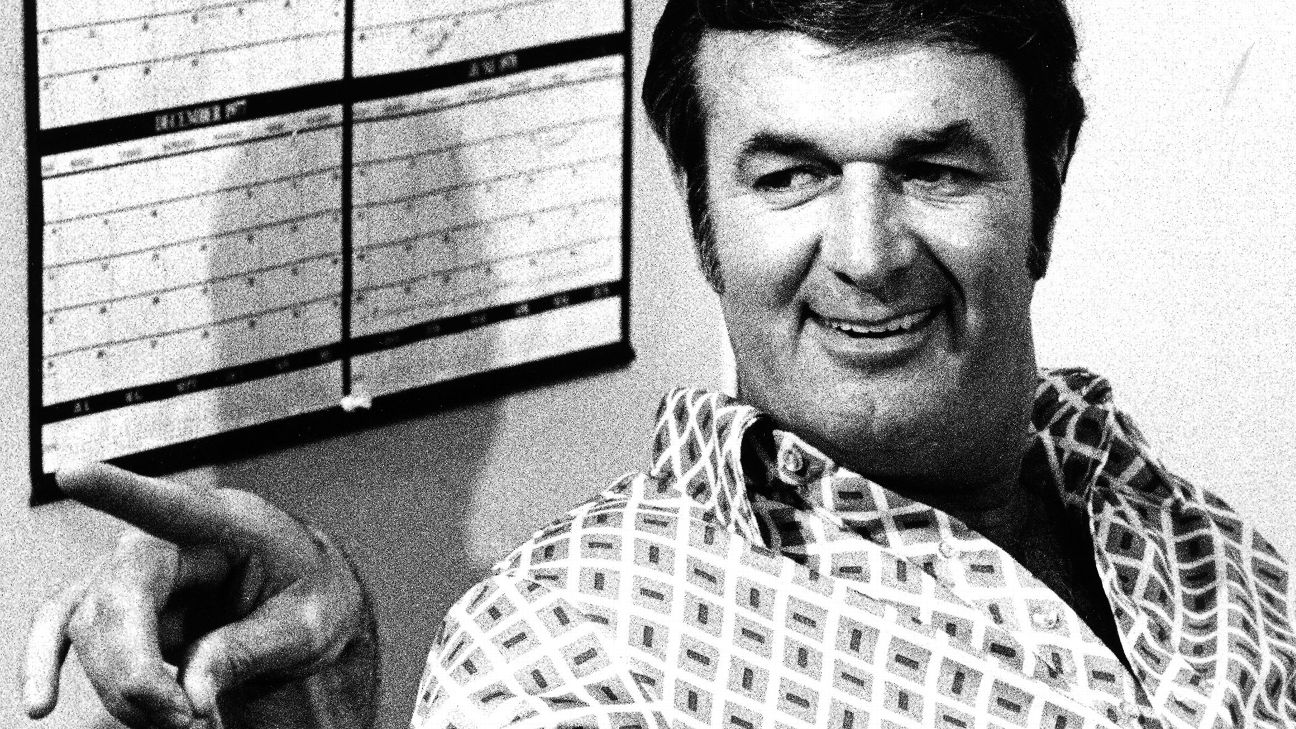 On Tuesday, the Indiana Pacers announced that the man who led them to three ABA championships during a Hall of Fame coaching career and was selected a 1963 NBA All-Star had died. No details about the 88-year-old Leonard were provided, but he had been in failing health in recent years.


"He was the greatest," McGinnis said in March. "He loved all of his guys and, yes, he had his days. If you got on the wrong side of him, it wasn't going to be a good deal for you."

But, McGinnis added, there was a big difference between Leonard and Indiana Hoosiers coach Bob Knight: After Leonard ripped into you and "wore you out, he'd take you out for a beer and say 'You know I love you, I'm doing this for your own good.'"

Leonard became one of the crown princes of Indiana basketball.

But the legacy went far deeper.

The star tennis player at Terre Haute Gerstmeyer High School chose to play basketball at nearby Indiana University. He wound up leading the Hoosiers to two Big Ten titles, was a two-time All-American and made the winning free throws to give Indiana the 1953 national championship.

Decades later, he was selected as one of the 50 greatest players in school history and was part of the Hoosiers' all-century team.

"He has meant as much as anyone in the state of Indiana when it comes to the game of basketball," new Indiana coach Mike Woodson said. "He played the game with great flair. He coached with undeniable passion.

"His smile put everyone at ease. The man was a champion through and through whether it was with the Pacers organization or at Indiana University. Without question, he was a Hall of Fame human being."


After serving in the U.S. Army in the mid-1950s, Leonard played professionally for seven years with the Minneapolis/Los Angeles Lakers and was named an NBA All-Star in 1963.

But his greatest moments as a professional came with the budding franchise that hired him in 1968-69 and that he worked with for more than a half-century.

"Pacers fans will remember Bobby 'Slick' Leonard as the spirit of our franchise," team owner Herb Simon said in a statement. "With a charisma, intensity and wit to match his nickname, Slick made us champions.

"He was our biggest fan and our most loving critic, and he personified Pacers basketball for generations of Hoosier families. Most importantly, though, Slick and (his wife) Nancy are our family, and his passing leaves an unfillable void in the hearts of everyone associated with this organization."

"He was the best coach that I ever played for in last shot, pressure situations," McGinnis said. "In the seventh game, he would change the entire offense. It was genius. I think that's why if you look at the Pacers, they won all three championships, I believe, in seventh games on the road."

Leonard did more than just win, too.

In 1977, the folksy Leonard and his wife helped organize a telethon that saved a franchise facing financial ruin after moving from the ABA to the NBA.

He was let go after the 1979-80 season, failing to post a winning season in the Pacers' first four NBA seasons.


But he re-emerged as the color commentator on Pacers television broadcasts in 1985. He later moved into the radio booth where the plain-talking, storytelling Leonard coined his trademark phrase "Boom, Baby!" whenever Pacers players made 3-pointers.

His impact stretched beyond Indiana's borders. Paul George and the LA Clippers were in Indianapolis to play the Pacers on Tuesday night.

"I had a relationship with Slick," George said. "Slick always was generous. He was always genuine. ... He was super witty. A lot of charisma. Just a fun-loving guy. He always treated me with love. It was always easy talking to him. He was just a great, fun person to be around."

His victory total with the Pacers, 529, hangs on a banner in the Bankers Life Fieldhouse rafters.

Gov. Eric Holcomb called him the "embodiment of basketball" and an "Indiana icon."

"His presence in the arena and in our state will be deeply missed," he said in a statement. "You can't find anyone who doesn't love Slick."

Leonard is survived by his wife, their five children, 12 grandchildren and six great-grandchildren.