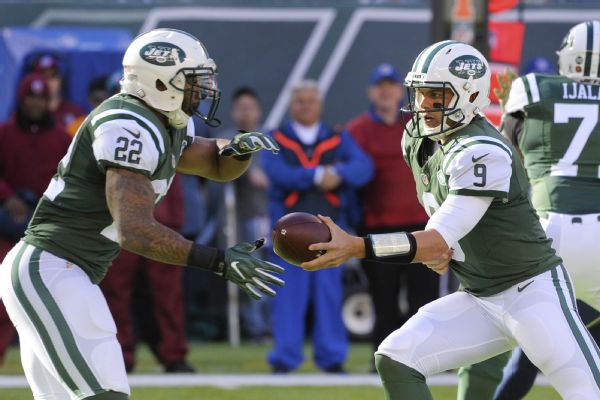 In his first NFL start, Petty culminated a 99-yard drive with a four-yard scoring pass on a hook-and-lateral play that lifted the Jets to a 6-3 lead over the Los Angeles Rams on Sunday at MetLife Stadium. (The extra point was no good.)

Petty, who started for the injured Ryan Fitzpatrick, threw a wide-receiver screen to Brandon Marshall, who flipped it laterally to running back Bilal Powell, who scooted around left end for the touchdown. It was a rare display of creativity for the Jets, who had been struggling this season in the red zone.

It energized the crowd, which gave Petty a big ovation when he was introduced. Fed up with the interception-prone Fitzpatrick (sprained knee), the fan base had been screaming for a quarterback change.

Petty's highlights ended there, however. He threw his first career interception in the fourth quarter to seal the Jets' 9-6 loss to the Rams. Overall, he finished 19-for-32 for 163 yards and the touchdown and interception.

Fitzpatrick, hurt last week in a loss to the Miami Dolphins, didn't miss any practices during the week, but he split reps with Petty. Coach Todd Bowles decided to go with the former Baylor star, a fourth-round pick in 2015.

Petty became the third quarterback to start for the Jets this season and the 29th since Joe Namath last played with the Jets in 1976. Geno Smith started earlier this season, but suffered a season-ending knee injury.

Fitzpatrick's knee injury, a sprained MCL, wasn't severe enough to keep him out of uniform. He dressed as the No. 2 quarterback. Rookie Christian Hackenberg was inactive for the 10th straight game.