Can Storm repeat? Will Aces be even better? Our biggest questions for 2021 WNBA season 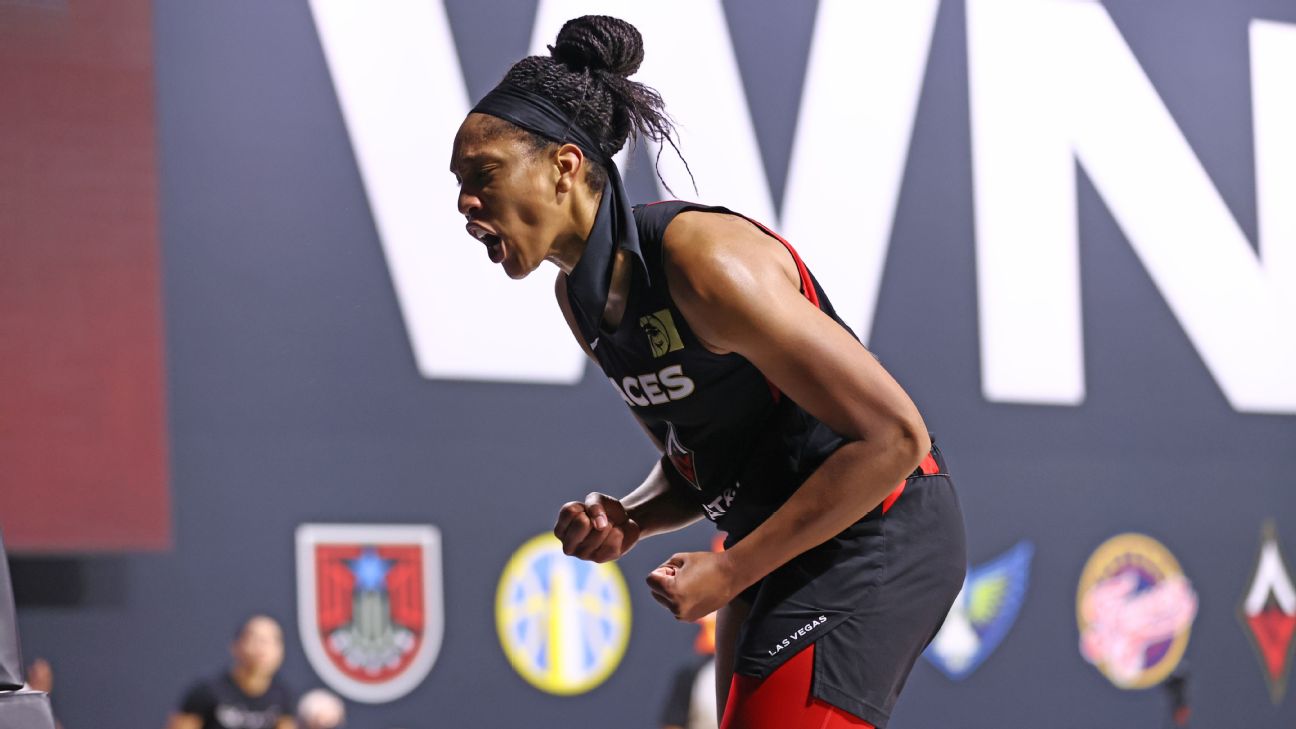 With everything that was strange about the 2020 WNBA season in a bubble, one thing went pretty much as predicted: The Seattle Stormwon the title, the fourth for the franchise and point guard Sue Bird.

We don't know much now about what the 2021 season will look like. Will teams be back in their home arenas, for instance? There is a lot to ponder, including free agency and offseason moves. Here are a few of the things we will be watching:

1. How will the WNBA's social justice initiatives carry on?

Every year, there is discussion about how to get more attention for the WNBA during the offseason. That can be a challenge, especially with how many players go overseas. But there was audience growth this season; ESPN ratings for Seattle's title-clinching Game 3 of the WNBA Finals were up 27% over the Washington Mystics' Game 5 championship win in 2019. And there also was a huge commitment by the league and players to issues beyond basketball.

"We wanted to bring awareness and give a voice to the Black women that are often forgotten in this country," Storm forward Alysha Clark said after Tuesday's victory. "We are often overlooked and often unheard, and this championship was for them, for us."

Clark gave credit to Las Vegas Acesforward Angel McCoughtry, who came up with the idea of wearing Breonna Taylor's name on the backs of players' jerseys. The Say Her Name campaign, which seeks to bring awareness to women who are victims of police violence, was one of the major focuses of the WNBA, as was the push for people to register to vote.

"We are built to stand up for what is right in this world, and we are going to continue to do that," Clark said. "Whether it's here winning championships, or being in market and overseas in these next few months."

2. Can the Storm repeat?

Seattle has kept its core together for a few years now, and that has resulted in two championships. The Storm now have some free agency issues to resolve -- Bird is among the unrestricted free agents -- to maintain their core. And we'll see if Kitija Laksa, Seattle's 2020 first-round draft pick, plays in the WNBA next year.

Forward Breanna Stewart was a unanimous pick as WNBA Finals MVP. She and guard Jewell Loyd should continue to be two of the best offensive duos on the league. Bird said after the Storm won the title on Tuesday that she is optimistic about playing next season, which would be her 18th. But it will depend on how her body feels at age 40.

Bottom line: If the Storm look similar in 2021 to 2020, they'll go into next season the favorite again. No franchise has won five titles, so that could be a first for Seattle.

This one meant something special, though.


"This season wasn't easy in a whole bunch of different areas," Stewart said. "With the coronavirus, with the social injustices going on in this country and the day-to-day being stuck here in the bubble.

"But our team is resilient. We continued to keep going, no matter what's going on, and I'm super proud to kind of be a part of this. This one is different than 2018 ... it was harder, and it means more."

3. How will the Aces respond to their Finals loss?

Considering they were without center Liz Cambage and guard Kelsey Plum, you could say the Aces overachieved to reach the Finals. After an 18-4 regular season and hard-fought 3-2 semifinal win against Connecticut, Las Vegas just didn't have enough firepower to face Seattle. By the decisive Game 3, a 92-59 loss, the Aces were spent.

Cambage was out this season on a medical exemption, and Plum had a torn Achilles. If they return, and Sixth Woman of the Year Dearica Hamby is back strong after missing part of the semifinals and all of the Finals with a knee injury, there's a lot to like about the 2021 Aces.

Forward A'ja Wilson was the league MVP. She has played well both with and without Cambage. Wilson said Tuesday's loss was one of her most painful. But she's just 24 and everything is a growth experience.

"The biggest thing that I learned from this is sometimes you need to let the confetti hit you," Wilson said of watching the Storm celebrate the title. "I've been in a lot of situations where the confetti fell on me, it was in my favor. The confetti hit; it's not for me. All right, that's not fun. We're going to try it again."

McCoughtry was a big help to the Aces after signing as a free agent, and earned her fourth trip to the WNBA Finals. But she's still looking for her first victory in the championship series, as her previous three trips with Atlanta were also sweeps. She remains optimistic.

"It's going to happen," McCoughtry said. "It's coming."

Considering that the 2019 champion Washington Mystics made the 2020 playoffs despite everyone who didn't play for them this season -- including 2019 MVP Elena Delle Donne -- they could be a powerhouse. But it depends on how Delle Donne, who missed this season after back surgery, feels and what the rest of the team around her looks like. The Mystics have several things to figure out with players such as forward Emma Meesseman being an unrestricted free agent.

Phoenix Mercury guard Diana Taurasi and Los Angeles Sparks post players Candace Parker and Nneka Ogwumike are among other big names up for free agency. The Mercury, who lost center Brittney Griner during the season when she left the bubble for personal reasons, and the Sparks were both considered contenders for the 2020 title. But both lost in the second round, and there are large questions for the Mercury and Sparks about next year.

The Minnesota Lynx made the semifinals despite not having center Sylvia Fowles for most of the season because of a calf injury. The Lynx have been able to still reach the playoffs the past two years even during what's basically a rebuilding period, which says a lot about the franchise.

There were times this season when the Chicago Sky really looked good -- and other times it just seemed something was missing. Guard Diamond DeShields wasn't fully healthy when she was playing, and then she left the bubble for personal reasons. The concern for the Sky for 2021 is the same as the past two years: Can they really make a sustained playoff run?

5. Which team that missed the playoffs might make a jump next season?

The Dallas Wings, who went 8-14 this season, were in the playoff hunt until the last day of the regular season, and they have two of the most exciting young players in the WNBA in guard Arike Ogunbowale and forward Satou Sabally. The Wings might need to get another veteran to help them take the next step.

The Atlanta Dream (7-15) at times looked like a playoff team, but they also had a 10-game losing streak. Guard Chennedy Carter was a very exciting rookie, only slowed by an ankle injury that kept her out six games. The Dream seem to have something to build on.

The New York Liberty had the league's worst record at 2-20, no doubt impacted by the loss of No. 1 pick Sabrina Ionescu (ankle) three games into the season, and the fact that fellow guard Asia Durr, the No. 2 pick in 2019, was out all season after battling COVID-19. The return of both could mean a lot to the Liberty.