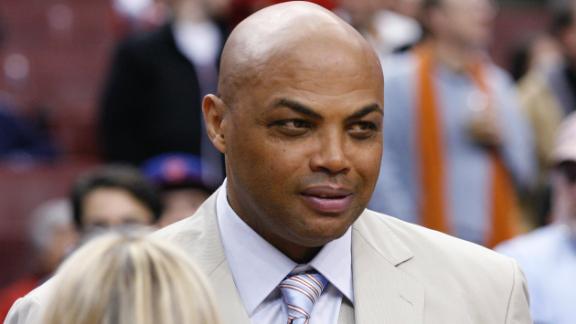 A day after LeBron James called him a "hater" and dug up some of his personal history, TNT analyst Charles Barkley says he stands by his criticism of the Cleveland Cavaliers'star player.

"I stick by what I said, I'm not going to make this personal. ... He was all whiny last week," Barkley said on the Waddle & Silvy show on ESPN Radioon Tuesday."... I'm good and I'm straightforward, I'm never going to get personal on an NBA player."

Last week, Barkley said James was being "whiny" for publicly saying the Cavs need to bring in another playmaker.

"Inappropriate. Whiny. All of the above," Barkley said of James then. "The Cleveland Cavaliers, they have given him everything he wanted. They have the highest payroll in NBA history. He wanted J.R. Smith last summer, they paid him. He wanted [Iman] Shumpert last summer. They brought in Kyle Korver. He's [LeBron] the best player in the world. Does he want all of the good players? He don't want to compete? He is an amazing player. They're the defending champs."

James, clearly irked by Barkley's comments, told ESPN's Dave McMenamin on Monday night that he won't let Barkley "disrespect my legacy like that," and took some personal shots at the Hall of Famer.

"I'm not the one who threw somebody through a window. I never spit on a kid. I never had unpaid debt in Las Vegas," James told ESPN on Monday. "I never said, 'I'm not a role model.' I never showed up to All-Star Weekend on Sunday because I was in Vegas all weekend partying."

When asked Tuesday whether he felt James crossed the line, Barkley said it was a case of shooting the messenger and that he had no issues with James' remarks.

"I was laughing, clearly he did some homework ... he Googled me and found some things," Barkley said. "He was young when I was playing, so I appreciate that, but I'm not upset about it. ... My criticism was fair, and I'm good with that."

Despite drawing the ire of one of the biggest names in the sport, Barkley said he doesn't plan to rein in his opinions.