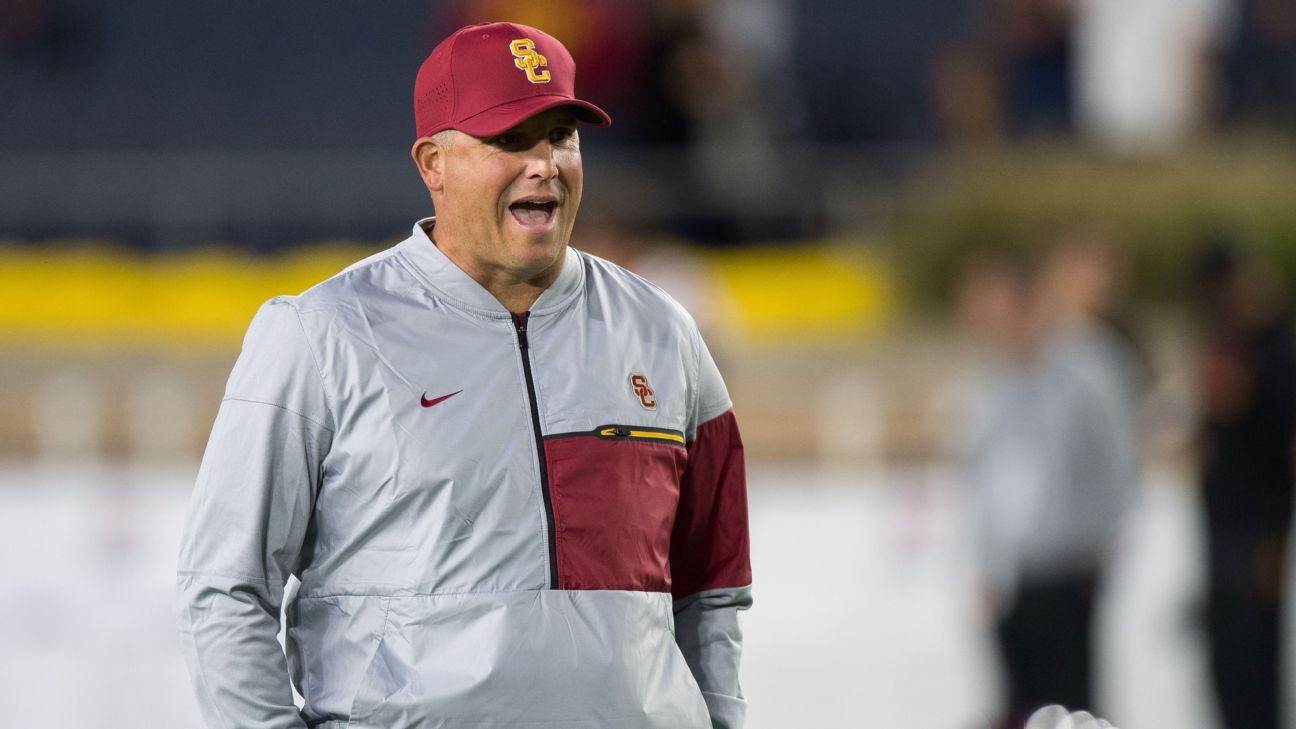 LOS ANGELES -- Southern California's three-way competition for the starting job at quarterback will go down to the final weekend before the season.

Coach Clay Helton said Tuesday night that he won't choose Sam Darnold's successor with the No. 15 Trojans until a day or two after Saturday's mock game.

"I wanted to continue the process because I want the guys to continue to compete," Helton said. "They all need to progress. And I want to make sure that I'm right, too. Another week does not hurt to be able to put us in that situation. We're getting plenty of work with all three, and I think it makes all three of them better players if called upon in the season."

After evaluating the mock game with his coaches, Helton will speak with all three quarterbacks and their families before announcing his starter early in the week of preparation for their season opener against UNLV on Sept. 1.

"I just think that's out of respect and honor to three guys that have really competed," Helton said. "I think you owe that to them."

Redshirt freshman Jack Sears, redshirt sophomore Matt Fink and true freshmanJT Danielshave all received ample practice time with the first-team offense over three weeks of training camp, and they all got opportunities to shine in a pair of scrimmages. While Daniels has tantalized Trojans fans with his big arm and clear potential, Fink and Sears are both capable talents who have paid more dues and could represent safer options for the start of a perilous early-season schedule.

After the visit from the capable Rebels, USC goes on the road in consecutive weeks to No. 13 Stanford and No. 23 Texas. Those daunting road dates could conceivably be intimidating to an 18-year-old who left high school one year early, but the Trojans seem confident in Daniels' ability to handle the pressure if he gets the job.

Helton, a longtime quarterbacks coach before climbing his profession's ladder, acknowledges he's still particularly tough on his passers. He held one-on-one meetings with each of his three quarterbacks after each of the Trojans' scrimmages.

"Each one has something different to work on," Helton said.

Ellis said that Fink is probably the "furthest along" at running the Trojans' offense after two seasons in the program. He is also the only quarterback on the roster who has attempted a pass in a game.

"I just keep my head down, have tunnel vision and keep doing the best I can every day," Fink said. "But it's good to have those guys, because they're really great QBs. They come from great schools, great backgrounds, great families. They push me every single day, and I would like to think I do the same."

Sears, who came up behind Darnold at San Clemente High School, is an all-around talent who could grow into a starting role.

"I think we've all done a great job of competing," Sears said. "I feel I've made a lot of strides this fall, especially from spring. I'm proud of where I stand and how far I've come."

Daniels' potential is obvious, but Helton isn't yet allowing freshmen to speak to the media. Both of his competitors are impressed with his talent and attitude, and Helton praised his decision-making in last weekend's scrimmage.