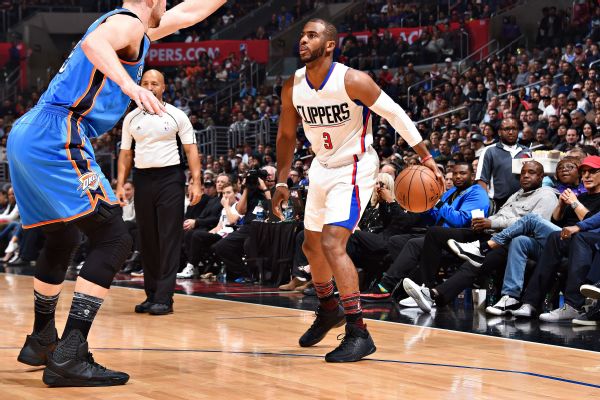 Clippersguard Chris Paul underwent surgery Wednesday to repair a torn ligament in his left thumb, the team announced. He is expected to be sidelined six to eight weeks.

Paul, 31, sprained his left thumb in the second quarter of Monday night's win over the Oklahoma City Thunder and was ruled out for the rest of the game.

X-rays on the thumb were negative, but an MRI on Tuesday revealed the torn ligament.

Paul was defendingRussell Westbrookand sprained the thumb fighting over a screen set by Joffrey Lauvergne at the top of the 3-point line.

The Clippers called a timeout shortly after, and Paul immediately walked off the court, kicking the bench as he exited. Paul could be seen on the TNT broadcast shaking his head at Clippers team trainer Jasen Powell as they walked through the players tunnel to the locker room.

This is not the first time Paul has undergone a procedure on his thumb. He underwent surgery to repair a torn ligament in his right thumb during the 2012 offseason. Paul played part of the 2011-12 season and the 2012 Summer Olympics with the thumb wrapped in tape.

Paul also broke his right hand in Game 4 of the first round in the 2016 playoffs against the Portland Trail Blazers.

The Clippers have been beset by injuries this season. Star forwardBlake Griffin missed his 13th game Monday night as he recovers from arthroscopic knee surgery. SharpshooterJ.J. Redickmissed two games because of a sore left hamstring. And Paul missed seven games in a two-week span because of a strained left hamstring.

Since the start of last season, the Clippers are just 3-9 in games without both Paul and Griffin.

A nine-time All-Star, Paul is averaging 17.7 points, 9.8 assists and 5.3 rebounds and leads the league with 2.25 steals per game. He has a .611 true shooting percentage and a player efficiency rating of 27.48, which is sixth-best in the NBA.

The Clippers (29-14) entered Tuesday in fourth place in the West.

Loss of Chris Paul a 'crusher' for the Clippers
ESPN NBA analyst Tom Penn says Chris Paul means more to the Clippers than any player means to any team, and the team will struggle without Paul on the court. 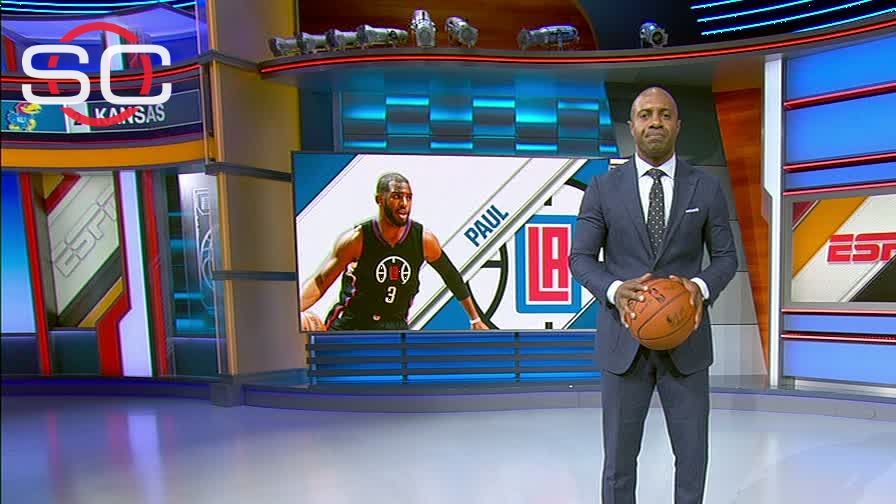 How will CP3's thumb injury affect his style of play?
With the news that Clippers point guard Chris Paul will miss six to eight weeks after thumb surgery, Jay Williams breaks down how the injury will impact Paul on the court.