Coliseum Authority to get update on Raiders lease 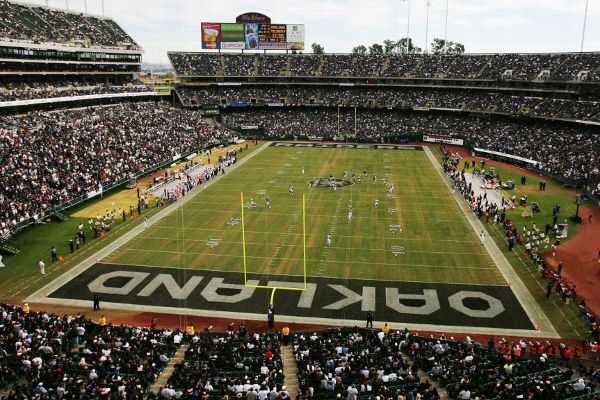 OAKLAND, Calif. -- The Coliseum Authority will meet Friday to get an update on the possibility of whether the Raiderscould stay in Oakland for another year.

Authority executive director Scott McKibben said he will update the board in a closed session on where things stand between the Raiders and the Coliseum following a lawsuit filed by the city of Oakland against the team and the NFL last month. No Raiders officials will be present.

The Raiders had pulled their $7.5 million lease offer for 2019 off the table following the lawsuit, but owner Mark Davis later said all options remain open for where the team will play its final season before moving into a new $1.8 billion, 65,000-seat stadium in Las Vegas in 2020.

McKibben said he has been in touch with Raiders president Marc Badain and told him the board is willing to meet after the team has done its due diligence looking into other sites.

The Bay Area News Group reported that the team will meet with the authority, but McKibben said nothing has been scheduled yet.