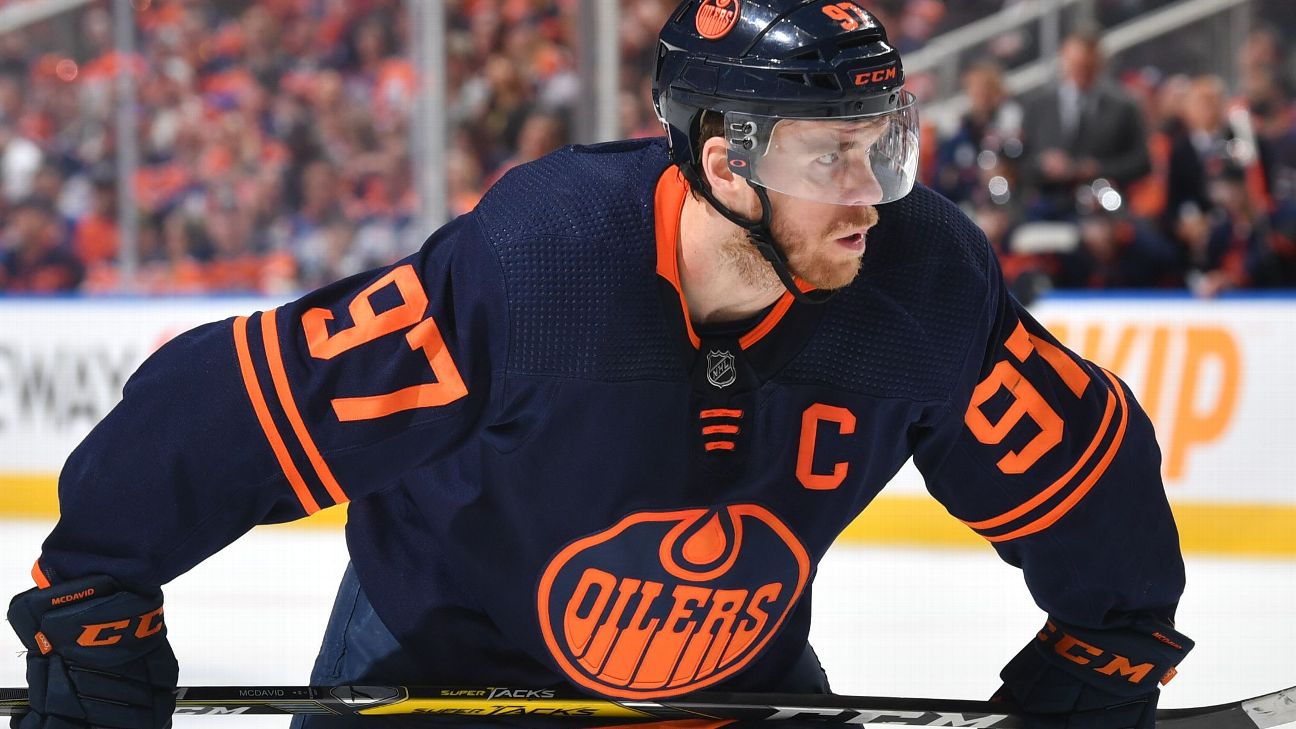 The Edmonton Oilers eliminated the Los Angeles Kings in Game 7 at home Saturday 2-0 as star Connor McDavid scored a goal and assisted on the game winner.

McDavid had the primary assist on defenseman Cody Ceci's second-period goal and tallied an insurance goal late in the third period as this first-round series closed. With 14 points, McDavid is now the postseason's leading scorer.


"He's the best player in the world. He showed that in the last two games," star teammateLeon Draisaitl said of McDavid after the game. "It's not skill. ... I mean, there's lots of skill obviously with him; that's a given. It's the will. You can see it in his eyes. You can feel it every shift that he's out there. He's determined. There was just no way that he, or us, were going to be denied. He led the way. He was amazing."

Edmonton goaltender Mike Smith made 29 saves for the shutout victory, as the Oilers completed the series comeback with consecutive wins after trailing Los Angeles 3-2.

The last time the Oilers advanced past the opening round was in 2017, which was the only time that McDavid had appeared in the second round.

"In order to get to where you want to get to, you have to get through moments like this," Oilers interim coach Jay Woodcroft said before the game.

Edmonton will face the winner of the other Western Conference Game 7, between the Dallas Stars and Calgary Flames, with a potential "Battle of Alberta" waiting in the second round if the Flames are victorious Sunday. The provincial rivals last met in the playoffs in 1991.


The Oilers' victory came against a brilliant performance by Kings goaltender Jonathan Quick, who made 39 saves in the loss. The Kings haven't advanced past the first round since winning the Stanley Cup in 2014.

Smith, 40, posted his sixth career postseason shutout behind an Oilers defensive effort that kept the Kings' attack benign all game. He previously blanked the Kings in Edmonton's 6-0 Game 2 win.

"We talked about playing our best game tonight," Smith said on SportsCenter. "We did that. They obviously made my job easier back there."

After a scoreless first period, the Oilers started carrying the play in the second frame and peppered Quick with shots. One snuck by him midway through the second period, but Kings forward Andreas Athanasiou kept it scoreless by sweeping the slowly rolling puck back under Quick.

The McDavid line set up the game's first goal at 13:15 of the second period on their 23rd shot against the Kings goaltender. McDavid andDraisaitlcycled in the Kings' defensive zone until McDavid found Ceci in the right circle for a blast past Quick. It was Ceci's second career playoff goal in 43 games.


Edmonton would end up with 25 shots on goal in the second period alone, with Quick snagging all but one of them.

It would remain 1-0 until McDavid struck with 3:53 left in regulation. He skated in on Quick only to get hooked by Kings defenseman Sean Durzi. With the referees signaling a delayed penalty, Durzi stopped playing to express disagreement with the call. McDavid kept playing and scored on Quick after collecting the rebound of his own shot attempt.

McDavid was brilliant on a night when his fellow star forward Draisaitl wasn't 100%. He was considered a game-time decision due to an ankle injury but played 22:38 and picked up the secondary assist on Ceci's goal. Draisaitl said with a smile after the game that he's "fine."

The Kings had their own injury issues in the series. Forward Viktor Arvidsson, their fourth-leading scorer, missed the entire series with a lower-body injury. Star defenseman Drew Doughty also missed the series after undergoing wrist surgery in March.

It was the final game for Los Angeles forward Dustin Brown, a former Kings captain, who is retiring. 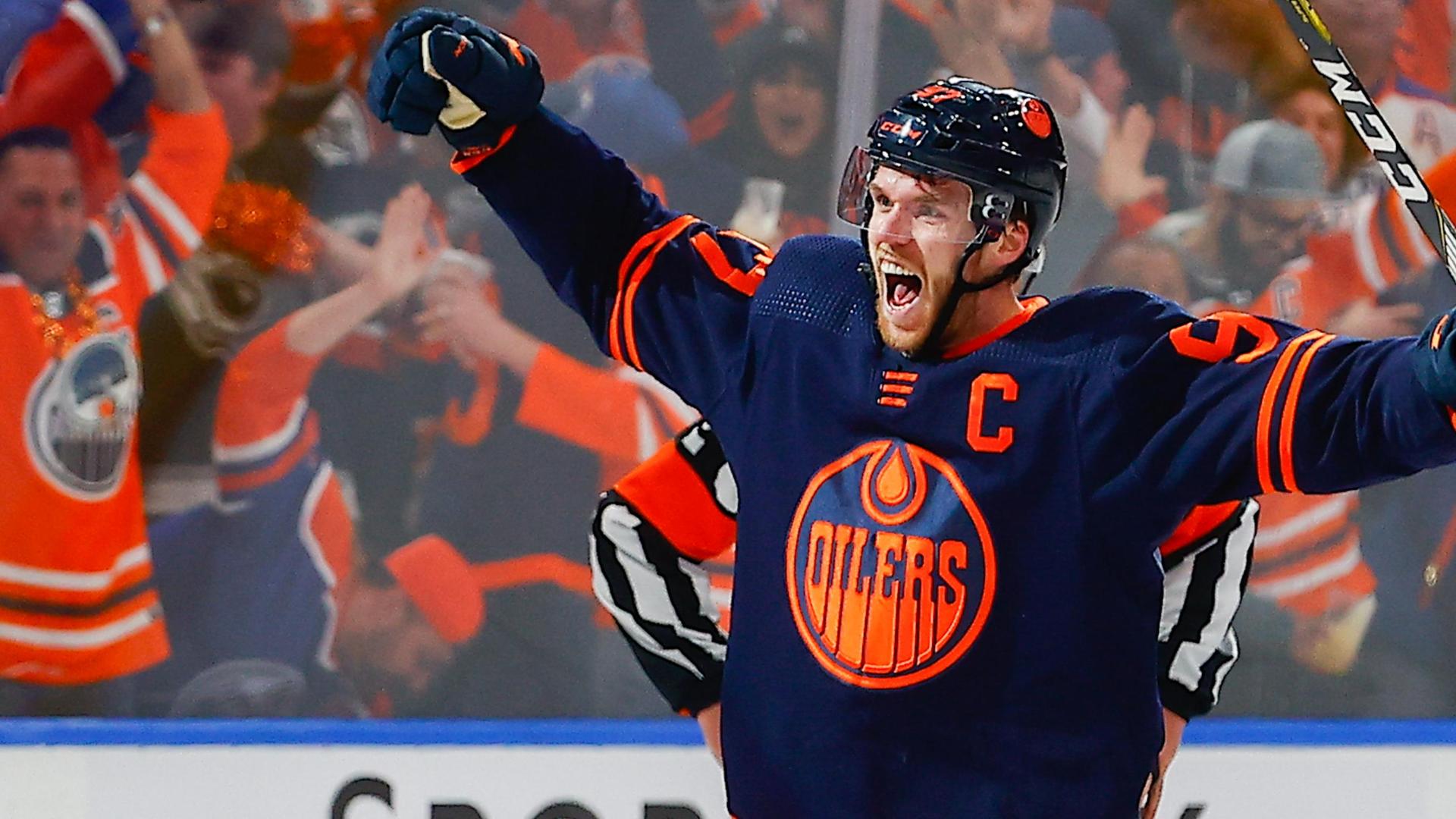