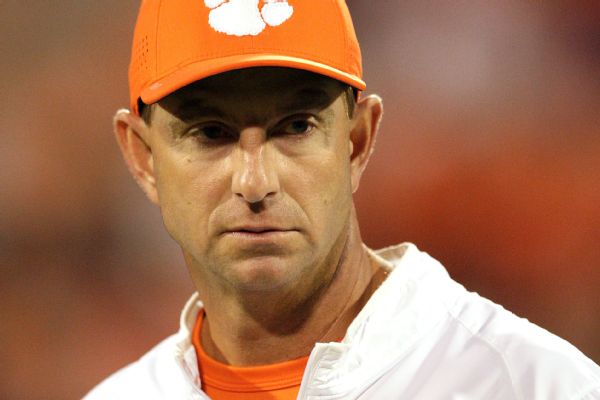 PHOENIX -- Dabo Swinney is looking for a little extra insight into his opponent and friend in the College Football Playoff. The Clemson Tigers coach is hoping to find it hidden in Urban Meyer's book.

Swinney recently picked up a copy of Meyer's "Above the Line," and packed it for his trip to the Valley of the Sun for the PlayStation Fiesta Bowl showdown against the No. 3 Ohio State Buckeyes on Saturday night.

But if Swinney runs out of time preparing No. 2 Clemson, he solicited any outside help he could find after landing with his team to begin preparations ahead of the New Year's Eve semifinal.

"I just got his book," Swinney said. "So trying to get that thing read by the end of the week -- we'll see if I can.

"I've got to figure out, I'm looking for any little edge I can get. If you all got the Cliff Notes, shoot them my way."

There may not be many secrets tucked away in those chapters that Swinney doesn't already know about Meyer, a close friend after the two struck up a relationship more than a decade ago when the latter was the head coach at Utah.

The two have studied each other, bounced ideas off each other and are intimately familiar with the personnel on both rosters given how many recruits in the past few seasons have been targeted by both Ohio State and Clemson.

"We're here for a reason," Meyer said. "We're here to enjoy the sunshine and the desert, but most importantly to put on a good performance against a good football team in Clemson."

Both rosters appear to be at full strength after the planes carrying both teams landed at an executive airport Monday evening, greeted by a mariachi band and fans with signs welcoming both teams.

"I think everybody is healthy," Meyer said. "Everybody is ready to go."

That includes both coaches, who have praised each other at every turn in the buildup to the high-stakes matchup Saturday.

And while there won't likely be any brainstorming sessions between the two coaches this week, Swinney at least has a backup option in the book.

"We kind of gravitated to each other," Swinney said. "I pick his brain. He picks mine. We've had some great conversations." 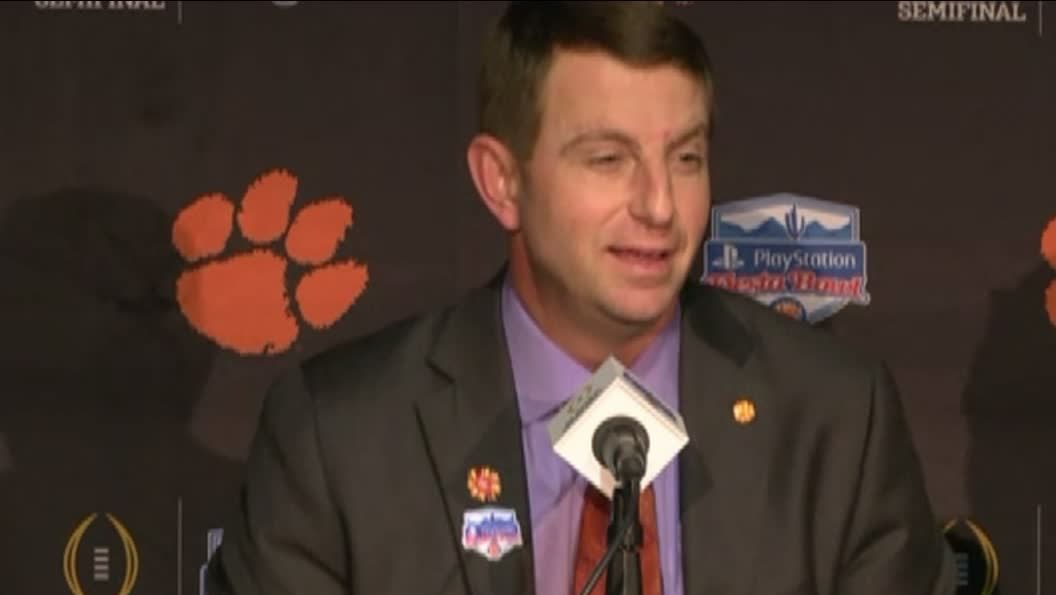