Daniels stays USC starting QB; Slovis to be No. 2 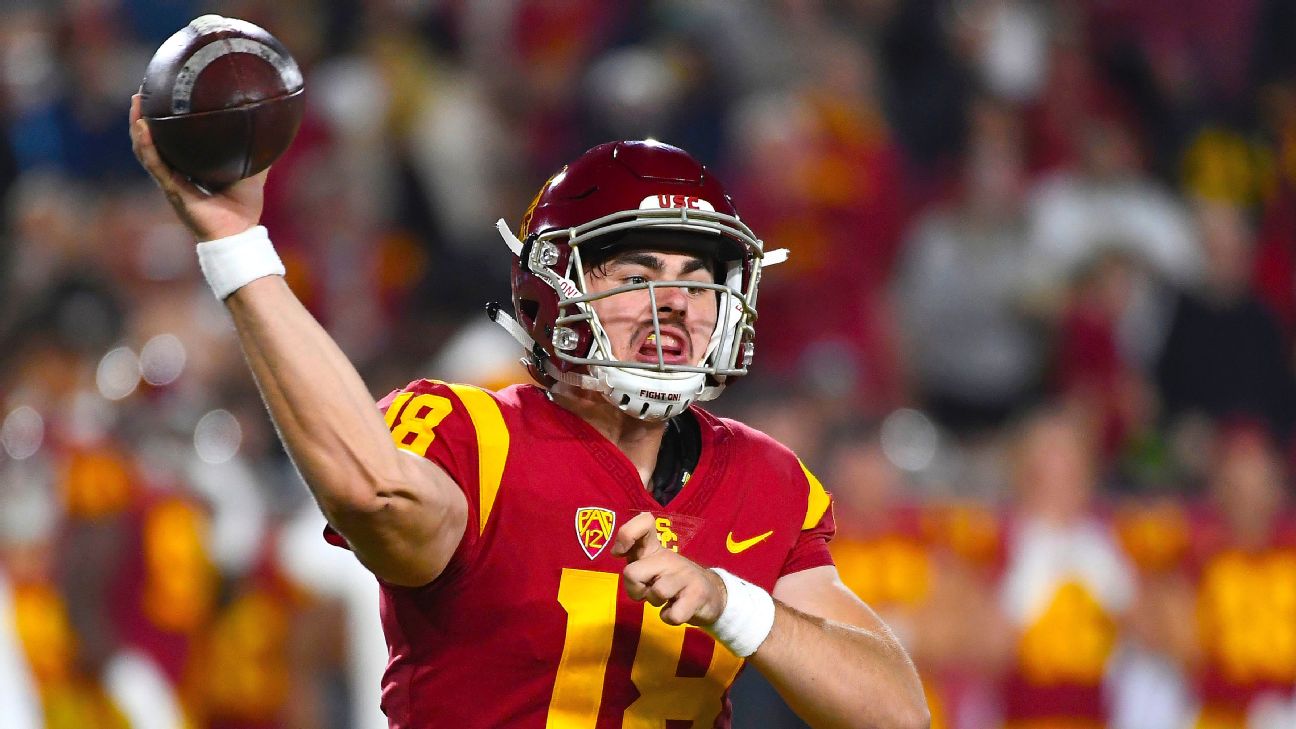 The decision was widely expected after Daniels started 11 games as a true freshman in 2018, but when Helton hired new offensive coordinator Graham Harrell in the offseason, he also reopened the quarterback competition to include redshirt sophomore Jack Sears, true freshman Kedon Slovis and redshirt junior Matt Fink.

Slovis, who enrolled in the spring after staring at Desert Mountain High in Scottsdale, Arizona, will serve as the No. 2, Helton said. He was an ESPN four-star recruit in the Class of 2019 and the No. 17-ranked pocket passer in the country.

"We feel confident where we are right now and felt like we needed to move forward and to allow more reps for the guys that are going to be in the No. 1 and No. 2 position," Helton said. "For us, it was just the consistency that [Daniels] had over the 30 practices. He was consistent day in and day out in doing his assignments and making the plays and moving the team."