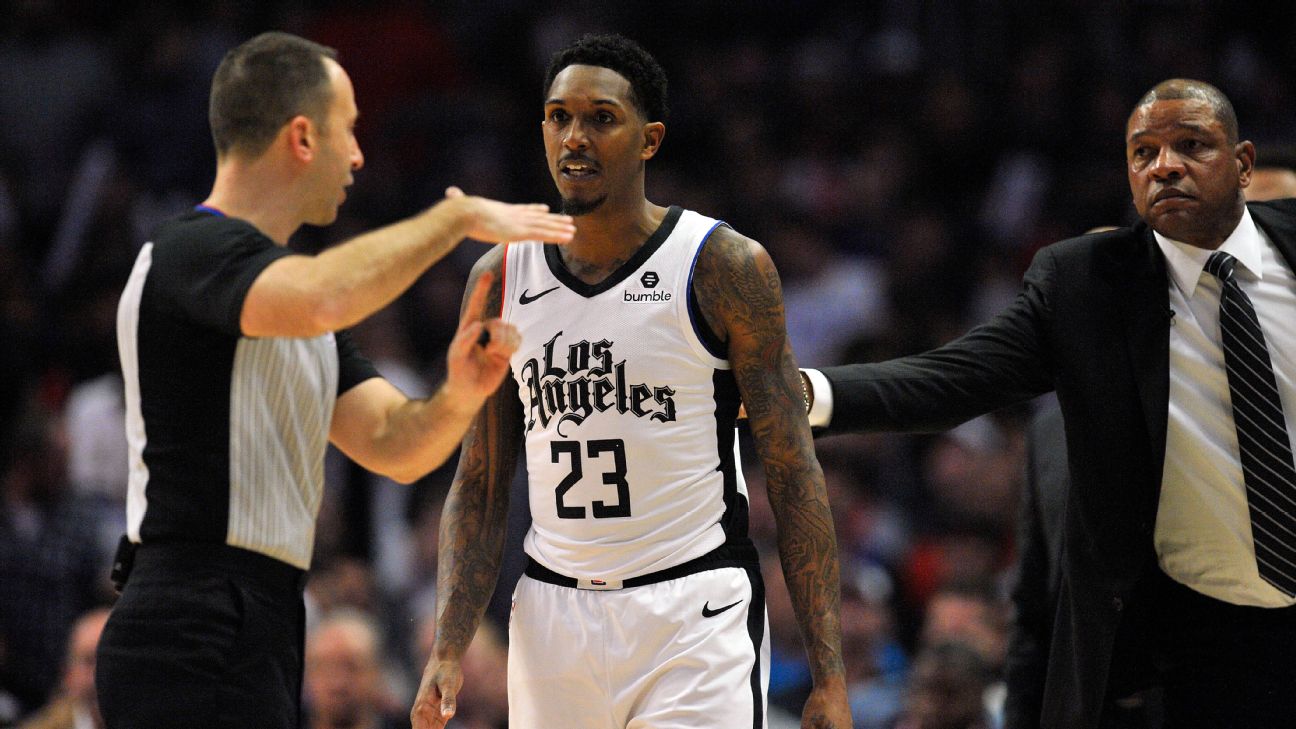 LOS ANGELES -- The normally laid-back Lou Williams had to be restrained from going after an official before being ejected. Minutes later,Patrick Beverleyfouled out and went on to be ejected for jawing with Russell Westbrook.

During the fourth quarter of a hotly contested, back-and-forth game against the Houston Rockets, the LA Clippersunraveled andlost 122-117at Staples Center on Thursday night. The Clippers led by 15 points at halftime.

"We lost our composure as a team," coach Doc Rivers said. "It's a good learning experience for us."

"I'd rather for it to happen now than in the fourth quarter of a playoff game," Rivers added. "We will see if that is a learning experience. The techs have to be. That is something we can control."

Add this highly competitive, and at times heated, game to the latest Clippers-Rockets chapter. The rivalry, which at one point in January 2018 saw Rockets players use a back tunnel at Staples Center to get into the home locker room in an attempt to confront Clippers players, has seen sparks fly in three meetings this season.

During a Rockets win in November in Houston, Austin Rivers egged on officials to eject his father and giddilymade a "call me" gesture as the Clippers coach was escorted off the floor.

Then in Los Angeles last month, Westbrook and Beverley had words after the Rockets star missed a late 3-pointer in a game the Clippers won 122-119. In the immediate aftermath, Westbrook's brother was involved in a verbal altercation with Montrezl Harrell and had to be escorted out of Staples Center.

On Thursday, Beverley fouled out with 2 minutes, 52 seconds left. He and Westbrook then jawed with each other before the two were assessed technical fouls. For Beverley, it was his second tech and the third time he has fouled out against the Rockets this season. As Beverley walked off the floor, Westbrook waved goodbye to him.

Asked about the Clippers' rivalry with the Rockets moving forward, Doc Rivers joked, "Protect the tunnels. If we do that, I think everything is going to be good."

Westbrook scored 40 points and had 10 rebounds andJames Harden had 28 points and 10 assists for the Rockets, who outscored the Clippers 68-48 in the second half.

Williams was ejected at the 11:05 mark in the fourth when he argued with lead official Kane Fitzgerald. Despite being restrained by Rivers, Williams persisted in arguing until he was thrown out.

"I thought Kane, in his defense, gave us every chance to try to get Lou away," Rivers said. "Lou, it got heated and there was no turning back. That happens. It should never happen in the fourth quarter. No matter what's going on, we just cannot get techs in the fourth quarter, let alone one of our better scorers.

"Even if Lou is right or wrong, to me that is the time to be the bigger man on that one and walk away."

When Beverley fouled out because of a reach with 2:52 left, the Rockets were in the midst of a 17-2 run that finished the Clippers. Still, after Westbrook was assessed the technical, Harden quickly got in front of his All-Star teammate and made sure things didn't escalate.

"It's a dogfight," Rockets coach Mike D'Antoni said. "It's tough. They're a really good [team], and it's a heck of a battle. It's some heavyweights slugging it out. I'm sure the fourth [regular-season matchup] will be the same way, and we'll see what happens."

Williams and Beverley did not speak to reporters in the locker room afterward. George took the blame for the Clippers melting down late, saying he should have done more as a veteran leader.

George and Leonard are new to this Clippers-Rockets rivalry, and George said he thinks there needs to be a lot more to make this a true rivalry. 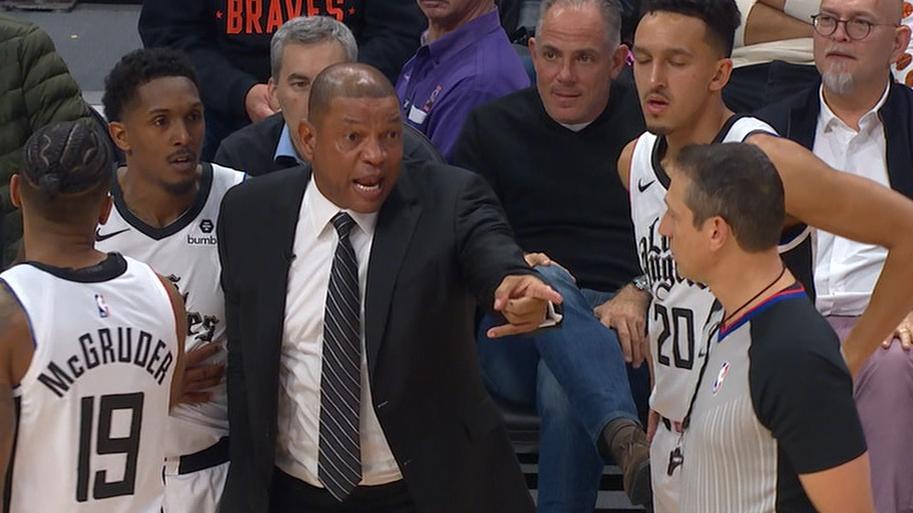