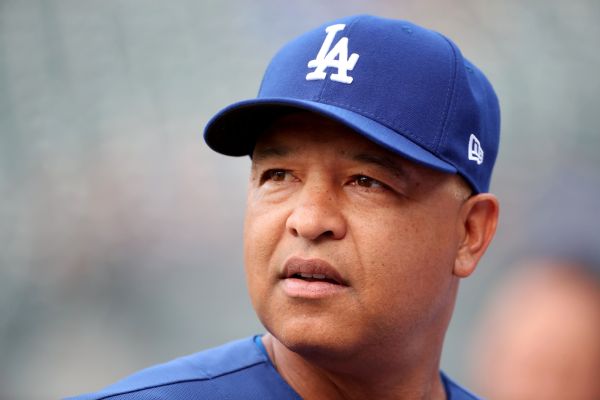 HOUSTON --Los Angeles Dodgers manager Dave Roberts said if he had a chance to redo his decisions regarding his pitching staff during L.A.'s thrilling-but-disappointing Game 2 loss to the Houston Astros, he'd do them all over again.

"That's what I believe in," Roberts said during a news conference at Minute Maid Park on Thursday's World Series travel day. "When you do things, you would do it over again if you had another opportunity."

Roberts drew criticism for his handling of the Dodgers' pitchers as L.A. squandered a two-run lead in the late innings. He pulled starter Rich Hill, who had given up only one run while striking out seven, after just four innings and 60 pitches.

That led to a cascade of moves that, once the game went into extra innings, forced Roberts to use his last available reliever, veteran Brandon McCarthy. McCarthy, pitching for just the fifth time since the All-Star break, gave up a go-ahead, two-run homer to Houston's George Springer that proved to be the decisive blow in the Astros 7-6 see-saw win.

Following a similar plan to what has worked so well for the Dodgers during the postseason, Roberts used relievers Kenta Maeda, Tony Watson, Ross Stripling and Brandon Morrow, according to matchups, to get the ball to usually dominant closer Kenley Jansen. Watson and Stripling combined to face only two batters and throw five pitches, and Jansen was tasked with getting the six outs he'd need for a save.

Roberts drew particular heat for bringing Jansen into the game one batter into the eighth, after Morrow gave up a double to Houston's Alex Bregman. The social-media critics suggested that Jansen would have had a better chance at the save if he had started with a clean inning.

"As I went through every single pitch and situation last night and situation, could I have brought Kenley in for a clean inning in the eighth?" Roberts said. "Possibly. But I think that in that situation, trying to overextend Brandon [after] he already pitched an inning, six outs wasn't ideal for Kenley, but in that situation once [Morrow] gave up that lead-off double, I just felt it was time to go to [Jansen]. But outside of that it's baseball."

Jansen blew a save opportunity for the first time in 13 career postseason chances. He gave up an RBI single to Carlos Correa in the eighth, and a tying homer toMarwin Gonzalezin the ninth. That left Roberts scrambling in trying to piece together outs.

"For me, it's not having confidence or lack of confidence in a guy that I take out," Roberts said. "But it's also the other side of having confidence on the guy I bring in. So there's both ways to look at things. And the way we've done things all year long, I know our players understand it, believe in it."

Before Jansen gave up the run in the eighth inning, the Dodgers' bullpen had not given up a run in a postseason record 28 straight innings. The L.A. relievers gave up six runs during the Game 2 loss.