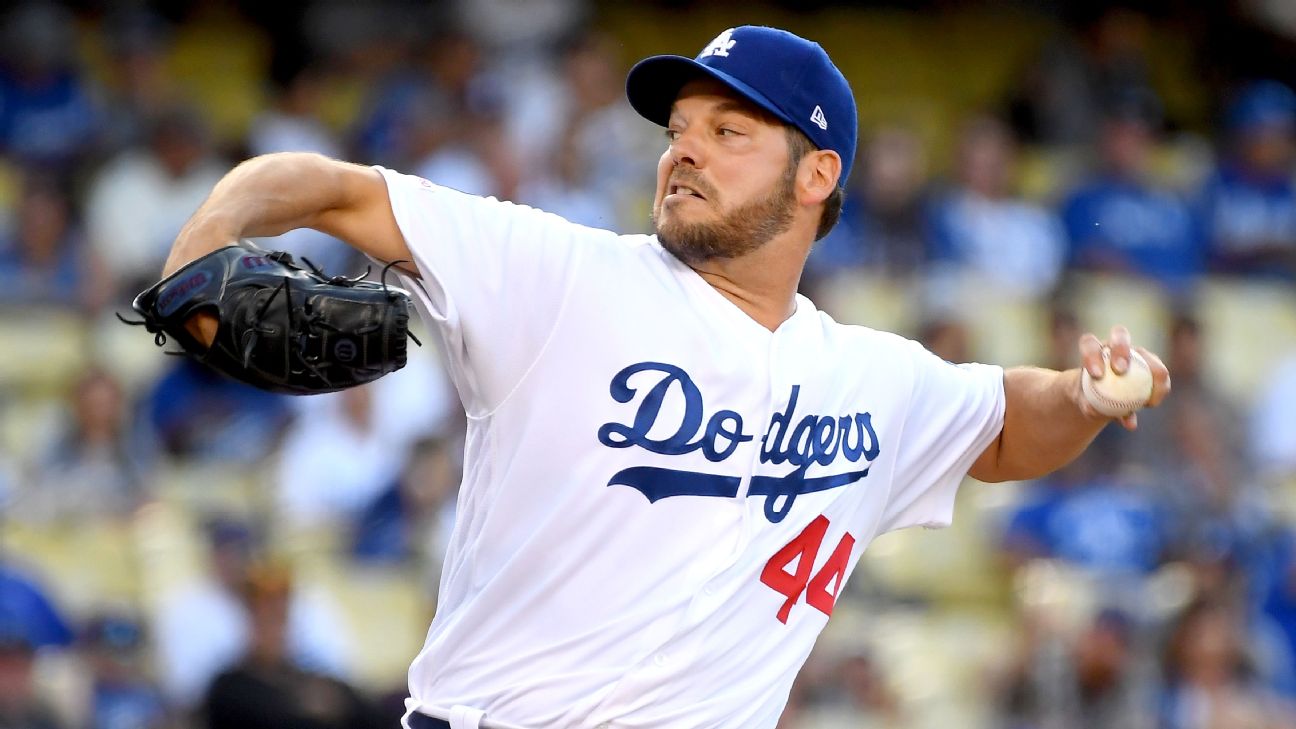 Hill is scheduled for an MRI exam on Thursday.

Hill pitched one inning, retiring the side on 15 pitches with two strikeouts. He came out to the mound to begin the second inning but was removed from the game after warming up. He was replaced by relieverDylan Floro.

"You could see something wasn't right, something was going through his head," Roberts said after the Dodgers' 9-2 win. "Our radar was up."

Hill said he had elbow tightness in his two previous starts and "everything tightened up" after his third warmup pitch before the second inning Wednesday.

"I didn't feel it would be a wise move to continue,'' Hill said. "The MRI will probably show something, but I don't think it will be in the concerning category.''