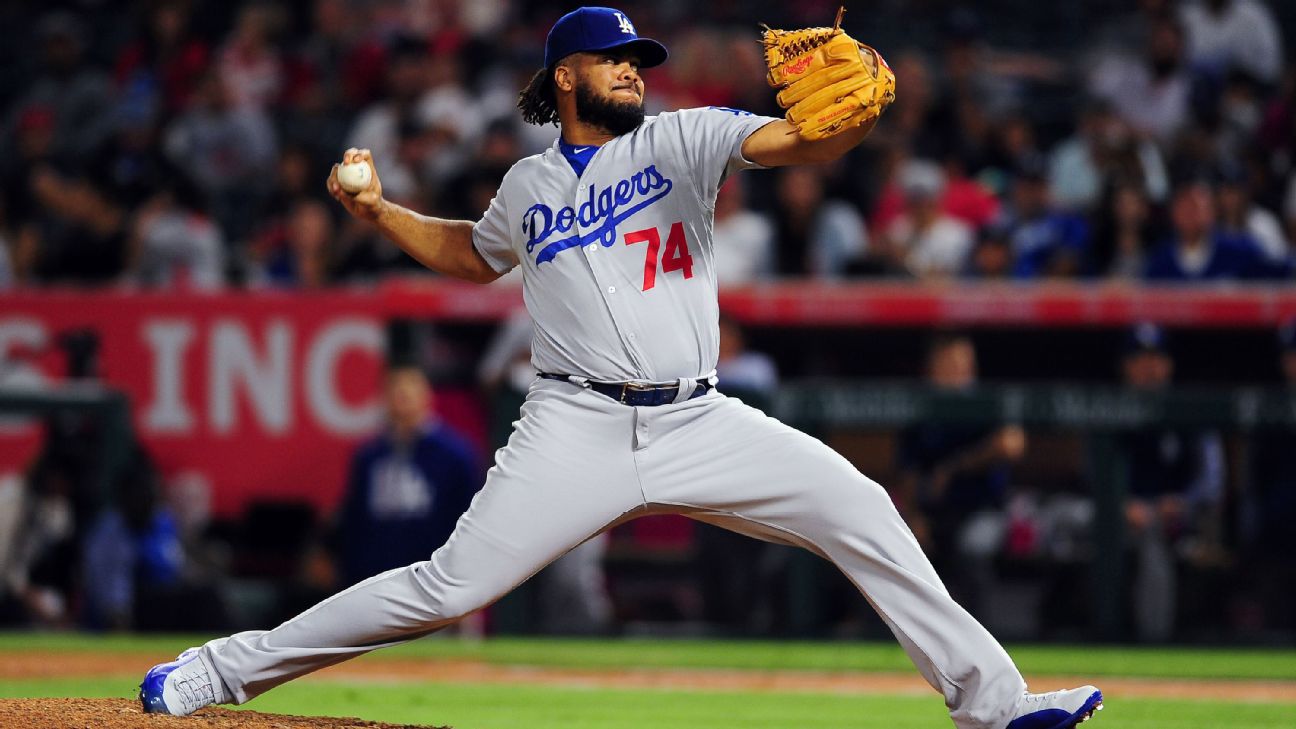 LOS ANGELES -- The Los Angeles Dodgers, slipping in the National League West largely because of a faulty bullpen, got their All-Star closer back on Monday, when Kenley Jansen was cleared to return to the mound and reclaim the ninth inning.

Jansen spent the past 11 days on the disabled list while recovering from a recurrence of an irregular heartbeat, or atrial fibrillation, a condition that necessitated surgery six years ago. The Dodgers lost six of 10 in his absence. In eight of those games, their bullpen blew leads or broke ties in the final three innings.

Jansen said he is off blood thinners and has "no restrictions."

Dodgers manager Dave Roberts said Jansen will immediately regain his role as the team's closer. He did not rule out the possibility of using Jansen for more than one inning in Monday's series opener against the St. Louis Cardinals.

"I can do whatever I want to," said Jansen, who was able to stay in shape with three bullpen sessions last week.

"He's excited," Roberts said. "It seems like he's ready to pitch two innings tonight, so we'll temper that excitement. But for our ballclub, it's a huge lift."

In order to activate Jansen, left-handed reliever Zac Rosscup, who pitched an immaculate inning in Sunday's 12-1 win over the Seattle Mariners, was placed on the 10-day disabled list with a strain in his left calf.

Jansen will continue to take his heart medication and will track his own EKGs through a smart-phone application, forwarding the results to his cardiologist for daily evaluation.

The 30-year-old right-hander said there is a "90 percent" chance he will need another procedure in the offseason to check on the cardiac ablation he underwent in October 2012. In the procedure, areas of heart tissue were cauterized to prevent from sending the signals that trigger an irregular heartbeat.

If everything checks out, Jansen said, he would probably need only about two weeks on blood thinners. If abnormalities are found, his recovery could stretch to about three months.

"I'm not thinking about my heart," Jansen said. "I'm not. You have no control over your heart, so if it goes, it goes. That's how I think. I'm in great shape. I do a lot of running during the down times. So I'm ready to go. Ain't no time here. We're, what, two games back? Thirty-seven games, we just gotta go now. I don't need to be babied. And I'm sure I'm not going to be babied. My heart is fine, and I'm ready to go."

The Dodgers entered the week with a 67-58 record that had them in third place in the NL West, two games behind the Arizona Diamondbacks.

Jansen began to feel the effects of what he feared to be an irregular heartbeat shortly after breakfast on Aug. 9 in Denver. He was sent to the hospital, where a cardiologist found abnormalities in his heartbeat and sent him back to Los Angeles for further evaluation. Jansen was immediately placed on blood thinners but was able to work out and run lightly.

In his absence, the Dodgers' bullpen -- basically unresolved coming out of the non-waiver Trade Deadline -- allowed 19 runs over a stretch of 29 1/3 innings.

"It was frustrating," Jansen said of watching his fellow relievers struggle, "but the good thing is we're only two games back."

With Jansen back, Roberts will probably use Kenta Maeda or Scott Alexander as setup man.

"It's huge," Roberts said of Jansen's return. "It puts guys in their rightful spot in the pen, and I can use them the way I feel is best. He's the best in the game, so to have him in the back end changes the way they're going to manage and the way I'm going to manage as well."