Dodgers leave Corey Seager off NLCS roster due to back injury 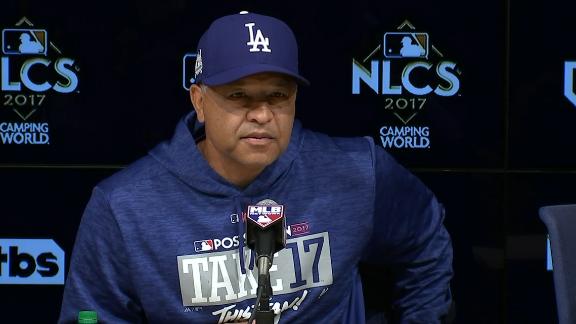 LOS ANGELES -- The Los Angeles Dodgers announced their 25-man roster for the National League Championship Series on Saturday, and in a stunning development, star shortstop Corey Seager is not on it.

But the Dodgers defeated the Chicago Cubs 5-2 in Game 1.

Seager was held out of the team's workouts the past two days at Dodger Stadium because of an ailing back, an injury that manager Dave Roberts said he suffered while sliding during Game 3 of Los Angeles' sweep of the Arizona Diamondbacks in the NL Division Series.

The Dodgers said Seager received an epidural for a lower back injury and is officially listed as day-to-day.

"It improved, but [not] enough to warrant him being out there," Roberts said. "It's still sore. Hasn't hit, hasn't moved around to see that he can not only take the field, but be effective out there. I think that we had to weigh everything."

Infielder Charlie Culbersontook Seager's place on the Dodgers' roster and started Saturday night's Game 1, batting eighth. Culberson finished 1-2 with a run, a double and an RBI.

"Corey was open to everything," Roberts said. "But at the end, we decided that with the lefties that they've got potentially going against us and having Charlie being able to catch the baseball at short ... it just made sense for us to not have Corey on the roster."

The Dodgers felt that the torque from swinging would have been too much for Seager at this stage of his recovery, a team source told ESPN's Ramona Shelburne.

"This sucks, to be honest," Seager said. "Obviously, you try to be the best teammate that you can right now and not be a distraction. Try to be as positive and inspirational [as possible] to help your team."

Seager said that he will not travel with the team when the series shifts to Chicago for Game 3 on Tuesday.

"I'm going to stay here while they're in Chicago," Seager said. "I can obviously travel, but it's just with the flights and stuff, it's not really productive at this point."

On Friday, Roberts expressed optimism that Seager would be available.

"As it came down to setting your roster and feeling is he able to feel confident in his body to not only be out there but to perform," Roberts said. "That's something that the doctors and training staff decided -- that to have him active wouldn't be the right thing to do."

Seager, 23, was the NL Rookie of the Year last season. This season, he played in 145 games, batting .295 with 22 home runs and 77 RBIs. Seager started all three games against Arizona, going 3-for-11 with a triple and two RBIs.

"They lost a big bat at shortstop," Cubs pitcher Jon Lester said. "You never want to see anyone go down, but it definitely helps us on the pitching side."

Theoretically, Seager could still play in the NLCS if another Dodgers player needed to be placed on the disabled list, in which case L.A. would be allowed to replace the injured player on the active roster.

"It's all contingent upon his health, so right now he would be [ruled out]," Roberts said. "But in the coming days, if it continues to improve and we can test [it] and he can pass some tests, that's a different story. So a couple things right there have to happen for us to even entertain that."

For now, Seager is hoping that he'll be available should his team advance to the World Series for the first time since 1988.

"That's what we're hoping for," Seager said. "It gives you a little more time. I think next week is going to be kind of a big week to see if I can get back into baseball activities."

During the regular season, utility player Enrique Hernandez received the second-most starts at shortstop behind Seager, followed by Chris Taylor, who has been L.A.'s starting center fielder during the postseason. Both are on the Dodgers' NLCS roster.

Culberson started one game at short for L.A. this season, a 13-0 loss to the Arizona Diamondbacks on Sept. 4 in which J.D. Martinez homered four times. Culberson went just 2-for-13 during the regular season. He's a career .231 hitter, including a .251 mark against lefties.

"I think it's going to be one of those things where we don't know where the next guy's going to come from that's going to be supposedly the hero of a game or however you want to put it," said pitcher Rich Hill, the Dodgers' scheduled Game 2 starter. "But you can definitely kind of see that storyline building, I guess."

Outfielder Joc Pederson was added to the roster for the NLCS, as the Dodgers opted to keep 14 position players and 11 pitchers. Lefty reliever Luis Avilan, who has been working out in hopes of returning from a shoulder injury, did not make the roster.

Saturday marked the beginning of a rematch of last season's NLCS, won by the Cubs in six games. 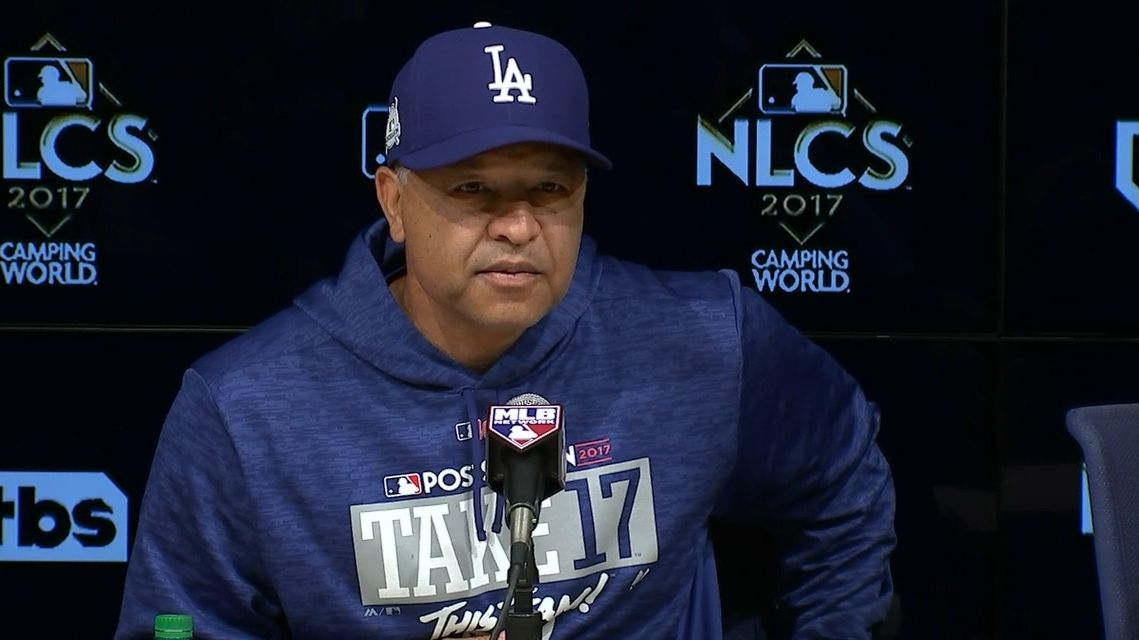