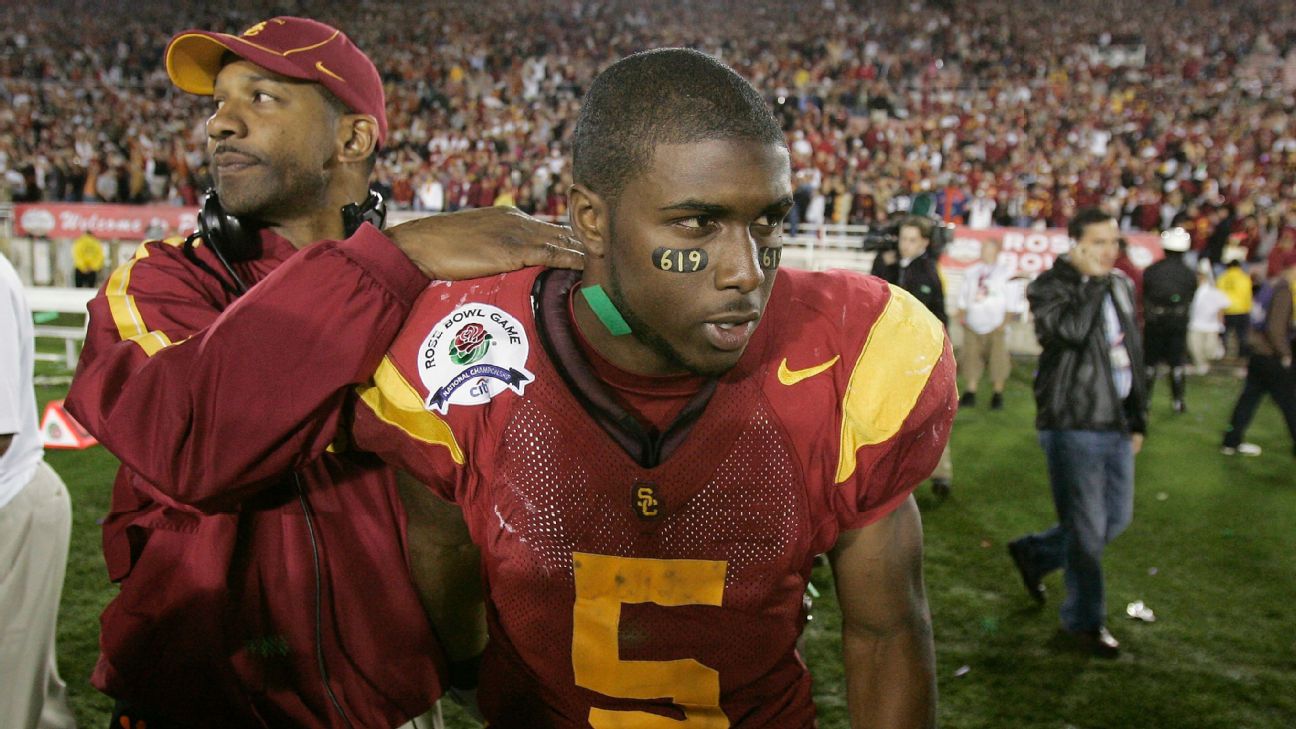 LOS ANGELES -- Nearly seven years after filing a defamation lawsuit against the NCAA, former USC assistant football coach Todd McNair took the stand Thursday to provide what was expected to be some of the most important testimony of the trial.

It was revealed that as McNair, who made $250,000 in his final season at USC, struggled to find work over the past several years, he relied on food stamps and loans from family and friends, including Reggie Bush.

McNair received a show-cause order and was banned from recruiting for one season when the NCAA determined in 2010 that he "knew or should have known" Bush was receiving improper benefits during his time as a star football player at USC. No further details about Bush's loans to McNair were provided.

The majority of the day was spent with McNair -- under questioning from his attorney, Bruce Broillet -- covering much of the same ground that already had been presented to the jury, before an attorney for the NCAA cross-examined him for the final 30 minutes.

Broillet opened the day by asking McNair to turn to the jury and answer whether he had any idea, before news reports came out in 2010, that Bush had been receiving benefits from Lloyd Lake, an aspiring agent, or that Bush had an agreement to go with an agency Lake planned to start.

From there, Broillet asked background questions seemingly designed to help the jury connect with McNair. The previous seven days of testimony had challenged the 12-member jury -- a diverse group made up of nine women and three men -- to stay engaged, but it was clear McNair had their attention.

Early in the day, McNair fought back tears while watching a highlight video that featured clips of him playing in the NFL and behind-the-scenes footage of him coaching at USC. When questioning resumed, he wasn't able to fully collect himself.

"We can all see that you're tearing up," Broillet said. "Tell us, what are you feeling?"

For about the next 45 seconds, McNair continued to fight back tears and shake his head before Broillet jumped in to change the subject, asking him about his time in the NFL.

McNair walked the jury through his attempts to find employment in coaching, noting he signed a contract with the Arizona Cardinals under former coach Bruce Arians before the deal fell through. The closest he came to landing another job came at Temple, his alma mater, where he said former coach Matt Rhule was "gung ho" about bringing him on as the wide receivers coach, but it also didn't work out. McNair did not provide a clear explanation for why the jobs fell through.

Much of what the NCAA relied on to implicate McNair in the original Committee on Infractions report was a photograph that includes both McNair and Lake, and a 1:34 a.m. phone call from Lake to McNair that lasted just more than two minutes. McNair said he took several pictures with people during that time period whom he wasn't familiar with and maintained -- as he did during the NCAA investigation -- that he has no recollection of the phone call.

The worst moment of the day for McNair came during NCAA attorney Kosta Stojilkovic's cross-examination. Earlier, McNair testified that he was the special-teams coach for USC up until Lane Kiffin replaced Pete Carroll as the Trojans' head coach and brought in John Baxter to coach special teams. That proved to be incorrect. Stojilkovic displayed a page from USC's media guide that showed Brian Schneider was USC's special teams coach in 2009 and framed it in a way to indicate McNair's career did not have the upward trajectory to which he had testified.

Stojilkovic made two other attempts to get McNair to admit he contradicted himself, but neither attempt appeared effective for the NCAA. After a long back-and-forth relating to word choice, McNair said, "I think this is a little bit of a clash of culture with you and I."